Tisha Campbell Facts: From Parents And Siblings To Shocking Net Worth 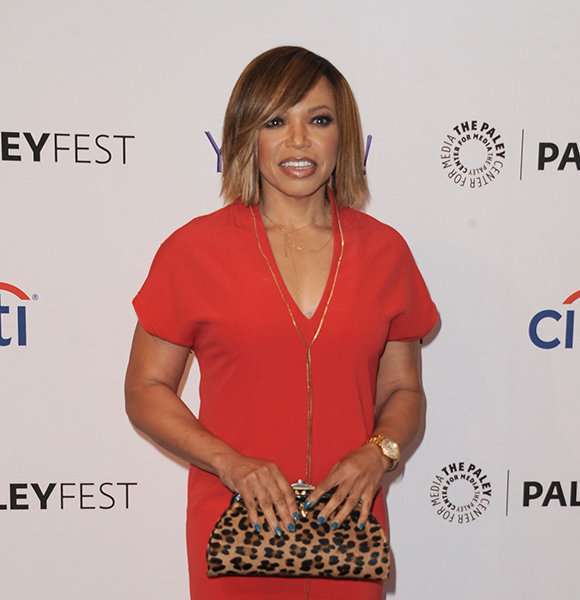 Tisha Campbell's journey has seen her go from a small town girl to one of the most flamboyant stars today. Her time at Hollywood has given her not only a partner but also a high profile controversy.

The 49-year-old is best known as Janet Marie on the TV series My Wife and Kids, for which she was nominated in various awards and won the best actress in a comedy series in the 2004 Image Awards and BET Awards.  She has also been a part of numerous successful big screen projects including the House Party franchise, Boomerang, and Sprung. She is still a much in demand actress today and was seen in the 2018 movie Blindspotting and also appeared in the pilot of an untitled Holmes Sister's series.

Raised up along with four other siblings, Tisha has her parents to thank for her career. She was interested in singing and acting from an early age, and her parents provided her with the encouragement and support to pursue her dreams. Her parents, father Michael Campbell, and mother Mona were both parttime singers and thus provided her with the perfect platform to enter in showbiz.

Born on 13 October 1968 as the second child of the Campbell family, she has four younger siblings along with an elder brother.

However, it was not as a singer Tisha found fame. After making her first appearance in TV series The Big Blue Marble at the age of 6, Tisha chose acting over singing and won numerous talent hunt shows as a child.

Until 2011 Tisha Campbell hid us from her diagnosis. She suffers from Stage 2 Sarcoidosis since decades ago. It is an inflammation of organs which typically attacks the skin, lungs, or lymph nodes.

As of now, she is dedicated to healthy living incorporating proper eating routine, working out twice a day, ab and cardio work and strength training.

Her Acting Career Started After Rags To Riches

Her real journey started after making an appearance in rock musical Little Shop Of Horrors. Similarly, her small screen career took off with NBC's short-lived comedy-drama Rags To Riches.

She has been an indispensable part of Hollywood after her debut and has given many hit movies including School Daze (1988), Rooftops (1989), Another 48 Hrs. (1990), Boomerang(1992), and Sprung (1997). Similarly he TV career has seen her portray a variety of roles in series such as Martin, My Wife And Kids, Rita Rocks, and Dr. Ken.

Similarly, she also has a studio album Tisha released in 1993 to her name.

Net Worth In Red Despite Assets Worth $1.5 Million

Despite being in Hollywood for such a long time and having earned a vast fortune, her lavish spending has seen her net worth in the red. In 2016, she filed for bankruptcy and cited that her expenses to being triple of her income. As a result, she has a net worth in the negatives and owes 15 million in backdated taxes, unpaid bills, and loans.

However, various news portals have reported her to have assets which value up to $1.5 million. Her husband, Duane Martin meanwhile has a net worth of $15 million.

She married her FOX series Martin's co-star Duane Martin in August 1996, in a wedding ceremony attended by the most prominent black celebrities including Will Smith, Jada-Pinkett Smith, and Martin Lawrence (The lead actor of series Martin). Me And You: Tisha Campbell shows PDA for husband Duane Martin during an event prior to the couple's divorce (Photo: dailymail.co.uk)

However, barely three months had passed of Martin Lawrence dancing on her wedding when she left the show citing intolerable working environment. And to everyone's surprise, she filed a lawsuit against Martin Lawrence, in early 1997 claiming of sexual harassment both on and off the set. Tisha won the trial and was paid an undisclosed sum of money which led her to return to the series for a brief period.

Similar: Erica Hill Is Parents With Husband At Age 41! Ethnicity, Salary And Other Facts

Despite, leaving Martin, the husband and wife duo again shared the screen space when working for the ABC sitcom My Wife and Kids(2001-075. Tisha and Duane had two kids, both sons Xen, and Ezekiel.

However, after 22 years of marriage, the actress announced in February 2018 via Twitter that she was separating from her husband and was filing for a divorce. Despite the divorce, the parents of two were committed to raising up their family in the right way.

Seeks Spousal Support Of $30,000 Per Month After Divorce With Husband

The couple's separation looked as amicable it could get when they announced their divorce back in February. But with almost all divorce cases, they also had an ugly turn after Tisha asked for spousal support.

On account of new legal papers she filed in the court in September 2018, it has been revealed that she has asked for spousal support of more than $30,000 per month. She had all the facts stacked up in her statement saying that her husband earned more than $65,000 and she had no constant source of income.

Moreover, she had a weird argument to put up a strong case of spousal support of such a hefty sum. She revealed that her husband would be able to pay her that sum because his wardrobe alone cost more than a million. In her claims, she wrote that her husband had shirts worth more than $750,000 and argued someone who can maintain such a hefty wardrobe could easily grant her support.

Her ex-husband has yet to respond to the newest development on their divorce saga.

Tisha’s accusations about her husband hiding money ended up being true. As in December of 2018, he was allegedly accused by LA County of scamming the system and staged being broke.

It was revealed that during the bankruptcy filing in 2016 her husband intentionally hid revenue obtained from several sources. One of the sources also includes a $1.4M loan from Will and Jada Pinkett-Smith. He reportedly also hid his earnings from the clothing store and real estate investments.

After the discovery, the government officials have ordered to turn over any cash her ex-husband been hiding. Even Tisha herself has demanded the spousal support from Duane.

We hope Tisha will now finally receive her share of money as the bankruptcy scam has been upfronted.