Is Shirley Henderson Married? Has On-Reel Husband, What About Real Life? 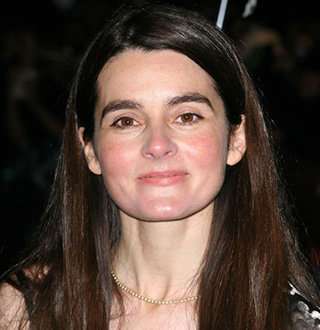 For years British actress Shirley Henderson used her baby-like face and immersive acting skills to charm the movie goers. However, it was her relationship status that always made the headlines.

The 52-year-old Scottish phenom first caught the attention of the movie industry for her acting in the 1996 cult classic flick Trainspotting.

Moaning Myrtle: Shirley Henderson starring as Moaning Myrtle in Harry Potter and the Chamber of Secrets movie (Published on 29 August 2017)

Her latest venture is titled Stan & Ollie, in which she portrays the role of Lucille Hardy, and is set to release on December 28, 2018.

She won an Olivier Award for Best Actress in a Musical for her role as Elizabeth in the original production of Girl from the North Country in 2018.

Born on 24 November 1965 in Fife, Scotland, Shirley is the eldest of three siblings, who has soft, raspy, squeaky, childlike voice which she is quite famous for. Following her unique voice, as a teenager she used to play gigs for local working men's clubs, singing songs of Abba, The Carpenters, and Barbara Streisand.

Henderson, when she was 16,  completed a one-year course resulting in a National Certificate in Theatre Arts at Fife College. A year later she enrolled at London’s Guildhall School of Music and Drama.

The gorgeous Shirley with a height of 5 feet made her on-screen debut in 1995 in the TV series Hamish Macbeth. In 2001, Shirley starred as a supporting lead in Sharon Maguire directed movie Bridget Jones's Diary.

However, people recognize her the most for being the oldest actress to portray a Hogwarts student in the Harry Potter franchise movies. She is also the first actress to have twice won the Best Actress award at the Cherbourg-Octeville Festival of Irish and British Film.

In the Autumn of 2012, the rumored romance between Shirley and actor John Simm who is best known for his roles as Sam Tyler in the sci-fi drama Life on Mars were repeatedly making headlines of various British tabloids. It was five years in the making.

She and her rumored boyfriend, John had taken up an ambitious five-year project titled Every day -- in short, a film about a woman(played by Shirley) who is left to look after her four children on her own after her husband(played by John) is sentenced to prison. 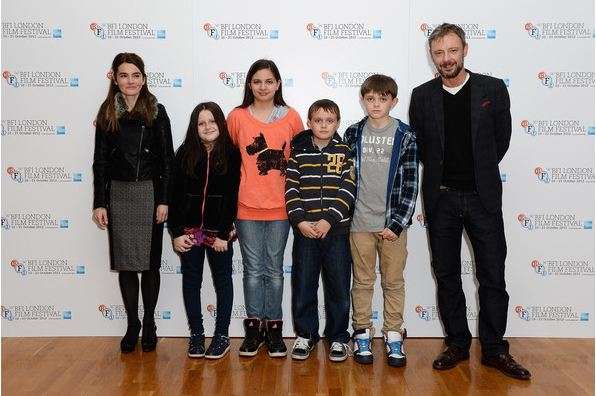 Married On TV:- Shirley, her on-screen husband, John, and their on-reel kids attend the showing of Everyday at the 56th BFI London Film Festival in 2012 (Photo:- zimbio.com)

In an effort to preserve the authenticity of its character, the Film4 commissioned movie was shot over the span of five years. Everyday premiered on 9 March 2012 to a massive fanfare and critical acclaim.

Fans and critics alike lauded the chemistry between Shirley and her on-screen husband, John in the movie, which eventually gave rise to the rumor of the on-screen duo being an item.

Shirley’s rumored boyfriend and on-screen husband, John was previously married to actress Kate Magowan. John and Kate are proud parents of a son, Ryan, and daughter, Molly. As for Shirley and John: forget about the on-reel couple being married, to this day it remains unclear if they were actually in a relationship.

Because of Shirley’s elusive personality, rumors of her being a closeted lesbian have surfaced time and again. The 2012 profile on her by Scotsman Magazine’s James Rampton further intensified the lesbian allegation against her.

Without revealing the gender of the Trainspotting star’s love interest, James wrote about her life with partner stating:

She has returned very happily to Scotland, where she lives peacefully with her partner “near the beach and the countryside.

It is very difficult to get updates on her life and her partner as she isn’t active on any social media platforms and lives a low-key life. For all we know, the aforementioned partner could be either a boyfriend, or a husband, or a lesbian lover. Unless Shirley herself comes out publicly and divulges her preferences, we will never know.