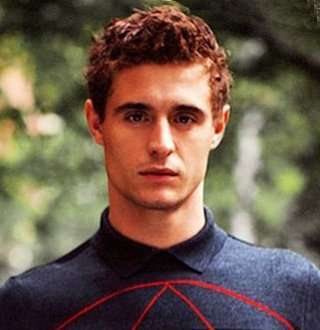 After a couple of botched relationships, the British actor has finally found a devoted girlfriend for whom he even clashed with real-life villains.

Maximilian Paul Diarmuid ‘Max’ Irons is an actor and model notably famous for his roles in Red Riding Hood, The Host, and Dorian Gray. He has modeled for companies like Burberry and Mango. He was honored as one of GQ's 50 best-dressed British men in 2015. In 2018, he starred in DirectTV original series titled Condor -- a show based on 1975 thriller Three Days of the Condor.

A graduate of the Guildhall School of Music and Drama, Max began his acting career in 2004.

How Much Net Worth Does Max Iron Possessess?

Max got his most momentous break in 2011 when he was cast as Henry in Catherine Hardwicke's Red Riding Hood. After that, he has portrayed numerous character in films and series including, The Host (2013), The White Queen (2013), Woman in Gold (2014), The Riot Club (2014) and the most recent ones are The Wife, Crooked House, and Terminal.

In addition to acting, Irons has also modeled in campaigns for Burberry alongside Kate Moss as well as for Mango and Marcy’s I.N.C. In 2015, Max was listed as one of the international monthly men’s magazines GQ's 50 best-dressed British men.

Most recently, Max's portrayal of a young man who desires to reform CIA from within in the series Condor was recieved positively by the critics and the fans alike. The second season of Condor is slated to drop in 2019.

As of his net worth, he has garnered immense wealth from his acting and modeling career. The exact figure of his net value remains confined however his father Jeremy Irons has an estimated net worth of $16 million.

Max was born in Camden, the UK to parents Jeremy Irons and Sinéad Cusack on 17 October 1985 as Maximilian Paul Diarmuid Irons. Both of his parents were from the acting scene, his father, Jeremy Irons is a well-known English actor and mother, Sinead Cusack is an Irish stage and film actress. He is also a grandson of the notorious Irish actors Cyril Cusack and Maureen Cusack.

Max is the younger brother of photographer Samuel Irons and also a half-brother of Irish politician Richard Boyd Barrett.

The eloquent and humble actor is entirely an open book when it comes to his dating life. Max has been in a relationship with actress Saoirse Ronan, Emily and was once rumored to be dating actress and fashion model Clemence Poesy.

Before his current relationship, he and The Sucker Punch star, Emily Browning dated for about three months between May to August of 2012.

But, now he is completely committed to one woman whom he is dating since 2013.

The 32-year-old heart-throb is dating Sophie Pera, an Italian journalist better known as the Editor and Chief of American Vogue.

They have been dating since October 2013 and made many public appearances together. One of those appearances came in February of 2015 when the duo was pictured attending Current/Elliot Love and Found event held in New York.

Most recently, the couple was seen together in Villa d'Este (Cernobbio) on 27 May 2018. They appeared very happy enjoying each other’s company and were even matching their smile.

Discover:- Taylor Goldsmith & Mandy Moore Engaged With Family On Mind; Before Wedding Or After? Me & My Girlfriend:- Max and Sophie attend an exhibition show at Serpentine Galleries on 21 June 2018 (Photo:- Sophie Pera's Instagram)

After a couple of past failed relationship, Max now seems utterly loyal to his lover. Back in 2014, he even wrestled with shoplifter to impress Sophie. He revealed that the action was most out of his character, but he did that any way to amaze her.

However, the confrontation didn’t go down well, and Max broke his wrist.