Who Is Antphrodite? The Sassy Psychic Twitch Streamer Was Once Accused of Scamming

Many people believe in tarot cards, psychic power, and predictions. Some claim to have the gift of being able to read such cards and be a psychic medium.

Antphrodite is one of them. He is a Twitch streamer, psychic, and YouTuber who uploads videos of him reading tarot cards.

He mostly does readings on pop culture and looks into influencers and celebrities. While many have questioned his intuitions and predictions, the forecasts have often turned out to be true.

Antphrodite is a "sassy psychic tarot reader," as per his social media. His real name is Anthony, and he has been reading tarot cards for years with his special twist.

He does so usually live via Twitch, and he is also an ambassador for the platform. Along with pop culture, influencers and celebrities, the streamer reads about his fans and followers.

According to his official website, he claims to be "extremely straightforward and to the point." He is on Twitch almost every day for certain hours, doing predictions and reading cards. 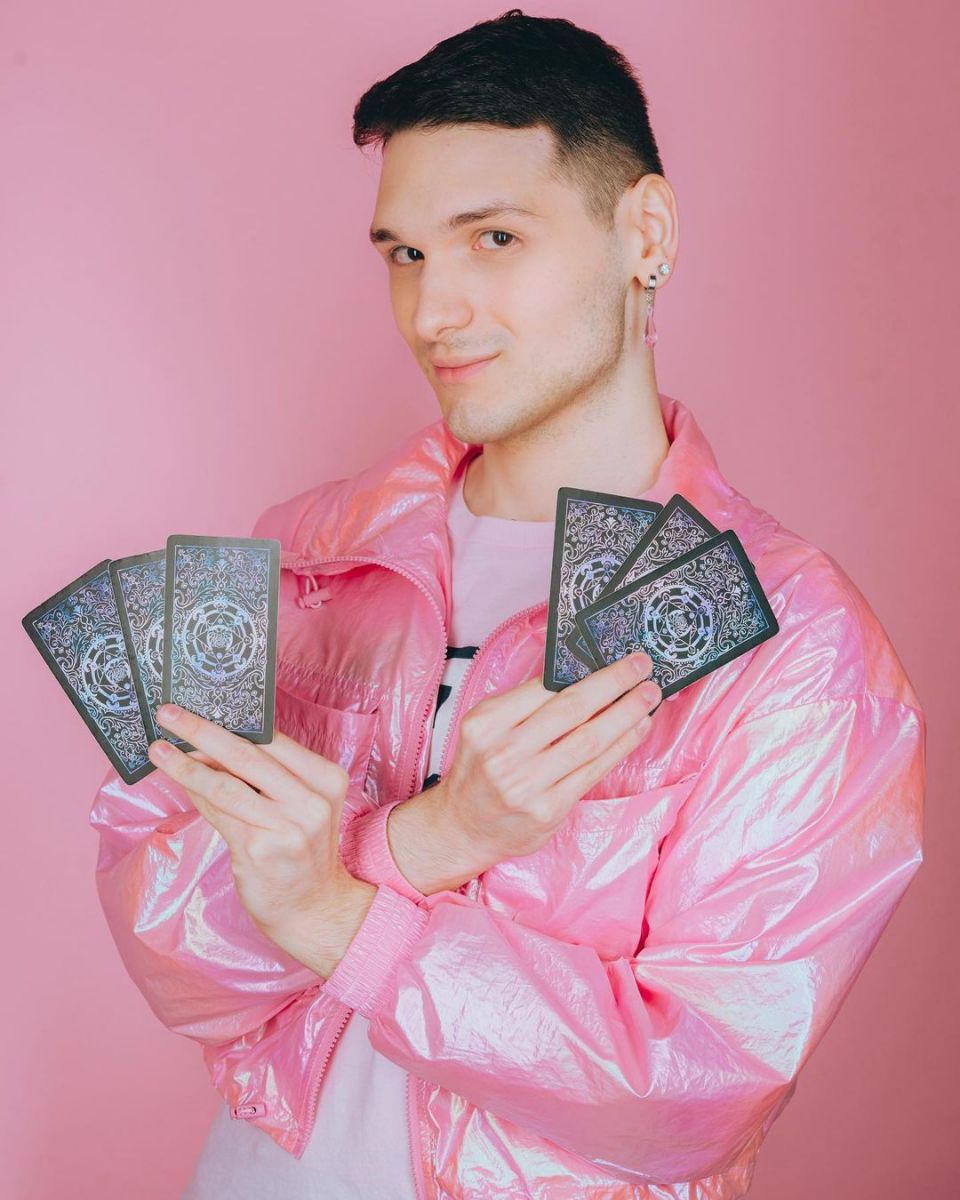 Life was not always easy for the sassy psychic. He is from New York and had a rough upbringing filled with adversity and bullying.

Fortunately, he survived it all with the mentality of being a survivor. Since he was a kid, he knew he was different from others.

He dubbed himself the "walking human lie detector" since he could sense others' energy and vibe. He had a hard time understanding himself, but in his late teens, he figured out that he was a psychic.

He got into astrology and meditations in his late 20s. It helped him understand himself, but at the same time, his father was diagnosed with pancreatic cancer.

It was on its fourth stage, and the Twitch streamer had to take care of his father. Unfortunately, his father could not survive the battle and passed away.

After that, the psychic knew he had to do something to make a positive impact. Therefore, he chose to chase his dream — Twitch.

Initially, Antphrodite did not choose to be a tarot reader online. One day, when he was streaming, a viewer noticed his tarot cards in the background.

They asked if he did the readings, and he said he did but did not think anyone would be interested. Soon, one by one, viewers started piling in to ask for readings and predictions.

Within six months of being on the platform, the psychic partnered with Twitch and became a full-time streamer. Soon, he started doing readings on pop culture and uploaded them on his YouTube channel.

His predictions have come true in various instances, like the James Charles controversy, drama between Ethan Klein and Trisha Paytas, Hype House scandal, and Myka Stauffer adoption controversy, among others.

Antphrodite Accused of Being a Scammer

The streamer has also been accused of being a scammer. On June 11, 2019, he was streaming as usual and doing readings for his subscribers.

For one of them, he suggested she should leave her husband. He said he was concerned for her and was not judging her relationship.

The psychic explained that her husband was not "wanting the best" for her despite what they said.

After he said that, Antphrodite faced a massive backlash for allegedly scamming his viewers.

Similarly, he was also accused by another Twitch streamer named Destiny in May 2019. They were on a live stream podcast by Trainwrecktv, and Destiny said the psychic was a scammer.

He said the work was "despicable," and all he did was take money from viewers and lie to them. However, the "sassy psychic tarot reader" defended himself and denied the accusations.