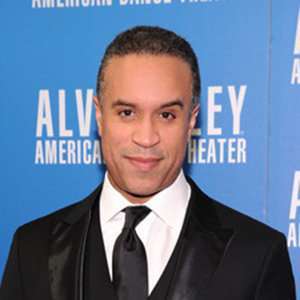 The year 2001 was supposed to be the best of the years for Maurice DuBois and his newly-wed wife. However, the couple faced a traumatic Islamic religion terrorist group attack on their honeymoon. Despite those dark memories crippling them each year, the pair stood together as a strong married duo!

The Long Island, New York-native is an American host who works as a substitute anchor at the CBS News in their Evening News. He has covered various local to national news during his career. With that, he has also won four Emmy Awards and a Trailblazer Award from the National Association of Black Journalists. He has also been honored by the Associated Press.

As of 17 August 2018, Maurice was sworn into the Fire Department of New York (FDNY) as an Honorary Battalion Chief by Commissioner, Daniel Nigro and Chief of Dept., James Leonard with his wife alongside him.

Find Out About Maurice DuBois' Salary & Net Worth

Boasting a succesful career as a news anchor, it is no surprise to anyone that Maurice enjoys the net worth will be counted in millions.

As the typical salary of an anchor in CBS sums around  $131,572, it is quite apparent that Maurice has garnered a healthy amount of fortune. In recent year he even sold their home which was worth $2 Million. Although exact amount about his earnings has not been revealed, it is safe to say that he enjoys a hefty amount of net worth and salary.

Maurice started his career as a desk assistant at KING-TV in Seattle, Washington in 1987. He got involved in reporting and served as an anchor and reporter at WFLD-TV in Chicago, Illinois and later at KCRA-TV in Sacramento, California.

He then spent his next ten years working at WNBC-TV in New York. He was the co-anchor of Today in New York and also hosted Four Stories as well as Mind Over Media.

Furthermore, he also was the substitute news reader on NBC New’s Today. In September 2004, he joined the WCBS-TV as one of the anchors and had been continuing to work in the platform till this date. He started co-anchoring in CBS 2 News in January 2011. Apart from that,  he has also worked as a reporter and covered different political conventions like AIDS in South Africa, the Papal transition at the Vatican, and also witnessed a double execution.

After the campaigns of Governor Andrew Cuomo and challenger Cynthia Nixon, accepted an invitation for a debate from CBS2, it was announced that the debate will include questions from moderator Maurice DuBois, co-anchor of CBS2 News, and Marcia Kramer, chief political correspondent at WCBS-TV.

The debate was announced to be held on 29 August 2018, where the Democratic candidates for governor of New York would be debating about several issues face-to-face. The event will occur before an invited audience of about 150 at Hofstra University.

Explore About: CBS’ Juliana Goldman Marrried With Husband! Plus Family, Baby To Salary and Net worth

The viewers can watch the debate various platforms, including on CBS2 TV, CBSNewYork.com online and Facebook, simulcast in Spanish on WLNY TV-10/55, or listen on 1010 WINS radio.

Born on 20 August 1965 on Long Island, New York, Maurice is the son of immigrant parents who migrated to the USA from Caribbean island of Dominica.

He went to the Port Jefferson High School. Later he received a Bachelor of Science degree in journalism from Northwestern University in Evanston, Illinois.

Not Gay; Who is Maurice DuBois' Wife?

Defying all the possible rumors of being a gay, Maurice is happily married to his girlfriend-turned-wife; Andrea for more than a decade now.

The lovebirds tied the knot in an extremely low-key wedding ceremony back on 31st August 2001. The happily married couple have two children.

Maurice regularly provides a glimpse of his happy family life on his social media account. On July 25th, 2015, Maurice uploaded a picture of a baseball stadium that he had gone the previous weekend and in the caption, revealed that the nice guy caught a foul ball and gifted it to his son. The same day, Maurice was spotted posing with his wife on the red carpet of All-Star Code Benefit as well.

After getting married on the last day of August 2001, he and his wife chose Paris for their honeymoon. Unfortunately, during their honeymoon, the world trade center and the Pentagon was attacked by Islamic religion extremists group, Al-Qaeda leading to a huge loss of life and property.

The incident at the New York in 2001 still remains vivid and traumatic for the TV presenter and was freshened when he returned to Paris in 2015.

The couple Maurice and Andrea still have chills when they recall about the incident that happened in their hometown in 2001.

Talking about the heart aching incident during an interview with the ADWEEK  back on 9 September 2011, Maurice revealed that he, along with his wife, were in tears watching the devastating pictures of New York. Tri Colors: Maurice DuBois recalls the couple's honeymoon and terror attacks of 9/11 on his visit to Paris 14 years after the dreaded event (Photo: Maurice DuBois' Instagram)

Maurice stated how helpless he felt not being able to be on the spot and report the news while being forced to look the news as a regular viewer without any shreds of information. But soon, with the help of his wife Andrea, Maurice started gathering information and made reports on how the European were reacting. He collected peoples' reactions and interviews and submitted it to the CNBC’s Paris bureau to file the reports for WNBC.

The couple returned home later on 15 September 2001 shortening their honeymoon. And in 2015, when the couple visited Paris, Maurice reminisced about the black day in the history of the US.

The couple has been trying their best to forget about the incident and concentrate on their work and kids. However, their honeymoon- an event which was supposed to be an event that every married couple cherishes for their entire lives- remains charred. Yet they are going strong as husband and wife, leading to create a better world for the future generation!