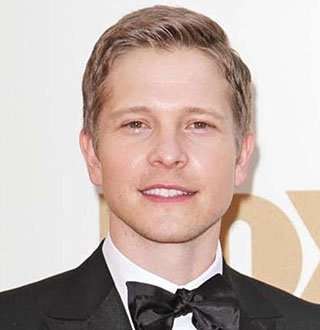 The irony of Amercian Actor Matt Czuchry's personal life could not be more evident than from his series. The reel life's 'Good Wife' actor had a surprising stance on having a partner in real life.

The Manchester, New Hampshire-native is well-known for his portrayal of the character named Logan on the television series Gilmore Girls. Aside from that, he's also adored by the fan base of The Good Wife, playing a gay character named Cary Agos.

As of 2018, Matt starred alongside Manish Dayal, Emily VanCamp, and more on the new show, The Resident.

Czuchry was born on 20 May 1977 in Manchester, New Hampshire, and grew up in Johnson City, Tennessee. His father is a professor at East Tennessee State University, and his mother is a homemaker. He possesses Ukranian ethnicity from his father's side. He has three siblings in two brothers and a sister.

Graduating from Science Hill High School in 1995, Czuchry, aged 41 graduated from College of Charleston with a Bachelor of Arts degree in History and Political Science.

Because of the convincing portrayal of a gay character on the show called The Good Wife, talks about Matt being gay emerged. In addition to that, he is a star among the minority communities because of his anti-discrimination stance.

LGBT communities are facing a harder situation than straight-oriented ones when it comes to relationships. Still, they are subjected to discriminations of various kinds, according to Matt. The hunky actor believes barring those discriminations, gays/lesbians are common people, trying to figure out their situation just like everyone else. He said in support of the LGBT and other minorities, in an interview, stating,

He isn’t afraid to voice his opinion just because it’s different. But he believes more in the power of action than just voice--acting to make something happen seems to be his motto!

Although he's quite vocal and produces convincing arguments about the gay topic, he isn't a gay. His dating life suggests so!

Czuchry reportedly started dating his co-star, Kate Bosworth in July 2000. They met each other as co-stars on the sets of television series, Young Americans and started as friends. However, friendship turned to romance when the pair were spotted enjoying each others company even after the series had been canceled. Unfortunately, their relationship lasted for only two years, as the girlfriend-boyfriend duo amicably split in 2002.

Over the years, Matt Czuchry has been rumored to have dated several ladies, but none of his relationships materialize into anything verified. At one point, he was also once rumored to be dating his The Good Wife co-star, Archie Panjabi.

Back in 2011, in an interview with Vulture, Matt talked about how he treasured his past dating relationships after he was asked about his love life. He said,

It seems like he's in a point of life where he wants to enjoy the experience as a single man, or he isn't in the mood for talking about his 'girlfriend' or maybe even 'wife.'

Seven years on from the interview, he has maintained silence about his relationship status, indicating he is still to find himself a girlfriend. Maybe, singlehood is still captivating the handsome actor!