Entertainment
by HM Writer Last Updated:  February 06, 2019
Jay is quite furtive about his personal life as he even hid the fact that he and his wife had a daughter...Apart from being a happily married man, he has an added bio of a father as well...Kristin Kreuk, the co-star of Beauty and the Beast, shares a very good chemistry on screen with Jay...married to his longtime girlfriend, Dianna Fuemana

The New Zealand-born actor Jay Ryan had a romantic love life off-screen as well. Don’t be confused; it’s not with Kristin Kreuk, with whom he shared an on-screen romance. Even if he was quite furtive about his married life, he is a happily married man with a beautiful wife and a daughter.

Jay Ryan is popularly known for his charismatic roles in the Australian soap opera Neighbors as Jack Sully, comedy-drama programme Go Girls, television programme Top of the Lake and in the American television series Beauty & the Beast. Jay portrays the role of detective in the Canadian drama television series Mary Kills People, which premiered in January 2017. Currently, he is playing one of the lead characters in the drama, Fighting Season. 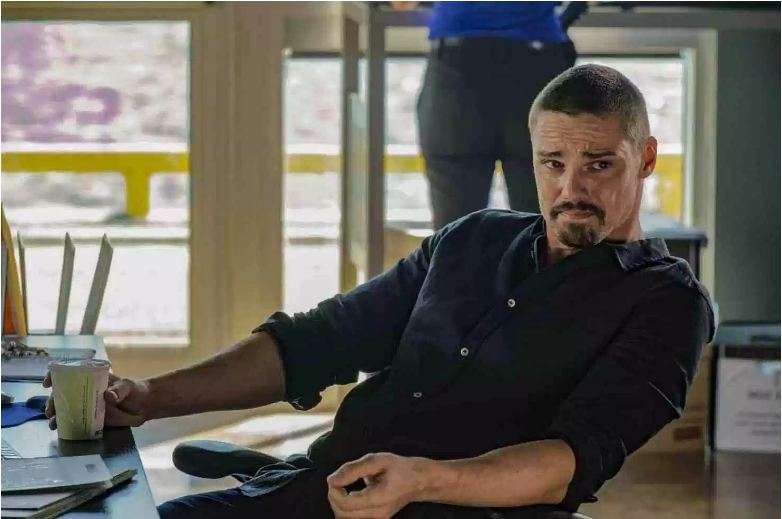 Drinking Away Tough Day At Work With A Cuppa: Jay Ryan is set to portray adult Ben Hanscom in the horror film It: Chapter 2 which will air in 2019 (Photo: bloody-disgusting.com)

Jay Ryan started acting at the young age of 8. He made his TV debut in Young Hercules in the year 1998. He also had minor roles in Scallywag Pirates and Xena: Warrior Princess. But his breakthrough came after he was cast as Jack Scully in the Australian soap opera Neighbors from late 2002 until 2005. His involvement in television mini-series Top of the lake won him the Best Actor award in New Zealand's Best of the Box awards

After Neighbours, he worked in several TV shows and dramas, including Terra Nova, Go Girls, Off Spring, Sea Patrol, Young Hercules and Top of The Lake.

In 2012, Jay was cast as the male lead in the CW's Beauty and the Beast with star Jason Gedrick. But in 2017, Jake stepped down from his role in Beauty and the Beast to star in a Canadian drama entitled Mary Kills People. Similarly, he has provided some contribution to the field of theatre. He shared the stage with the likes of John Cheese and even toured with The Packer. Moreover, his new Australian television drama series Fighting Season also released recently in 2018. He is also filming for the horror film It: Chapter 2 which is set to release in 2019.

When it comes to his personal matter, Jay was born on 29 August 1981 in Auckland, New Zealand. The 36-year old Jay has had a stellar professional career but has always stayed out of the limelight when it comes to his private life. Little to no information is available about his early days and his education.

Jay Ryan Is All  Busy With Acting Commitments--Fighting Season & IT: Chapter 2

The New Zealander seemed to be taking a bit of break in the early part of this decade when his appearances from both the big screen and theatre dried up. After starring in the Canadian drama Mary Kills People for two seasons in 2017. In 2018, he was roped in to play the character of Sgt Sean Collins in the Australian Drama Series Fighting Season.

The series premiered on 7th October 2018 and has been well received by the critics and audiences alike. Jay Ryan has yet again wowed the audiences with his sultry performance on screen.

Also Read: Natasha Raskin, Married To Producer Husband! Inside Her Life On The Go

Moreover, the actor also has been garnering positive reviews for his part in the play The Nap that is screening at the NewYork Theatre. The British snooker drama has been labeled refreshing and is considered to be Britain's version of hit American drama Pool.

Along with theatre and small screen, Jay is also filming for the second part of 2017's biggest horror movie IT. The project entitled IT: Chapter 2 is the continuation of its 2017 movie and also stars James McAvoy, James Ransone, and Bill Hader.

Apart from his real-life partner, his reel life partner has also caught the media attention. Kristin Kreuk, the co-star of Beauty and the Beast, shares very good chemistry on screen with Jay. Their work has been praised by fans worldwide for their intense and extremely unreal acting skills.

Not just that, the couple have also been linked romantically in real life due to their electric chemistry displayed in reel life. The actor, however, is a married man in real life, after walking the aisles with his longtime girlfriend.

Jay, who changed his name from Jay Bunyan to Jay Ryan, is happily married to his longtime girlfriend, Dianna Fuemana, a writer-director. But information as to how they met and when they started dating has not been revealed yet.

Apart from being a happily married man, he has an added bio of a father as well. He has a delightful family; having maintained a perfect balance between his work and lovelife.

Welcomes Daughter Eve With Wife In 2013

When it comes to his private life, Jay has kept it very secluded. Jay is also rather quite furtive about his personal life as he even hid the fact that he and his wife had a daughter for more than four months until he finally revealed the information to Australia’s TV Week at Comic-Con, saying:

We've kept everything pretty quiet until now, but it's changed my life and really put a lot of things in perspective.

He also admitted that he never expected to be a dad at his age, and the baby was a little bundle of surprise for him and her wife.  But ever since the birth of his daughter, it has made him realize the real importance of family.

They welcomed their first child, a daughter Eve, in March 2013. Jay, the actor behind titular “beast,” revealed that his daughter was born just two days before the filming of Beauty and the Beast’s first season wrapped in Toronto, Canada.

The family loves making public appearances together; back in December 2016, Jay was spotted with his wife and child at the celebration of the premiere of Disney’s new film Moana in New Zealand.

Family On The Red Carpet: Jay Ryan with his wife and daughter on the premiers of the movie Moana on 13 December 2016. (Photo: Pinterest)

Despite being busy in his flourishing career, he has always managed to take time out of his hectic schedule to connect with his wife and daughter. He even hired a beautiful villa in the Hollywood Hills and spent time there as a family so everyone could get to meet his daughter.