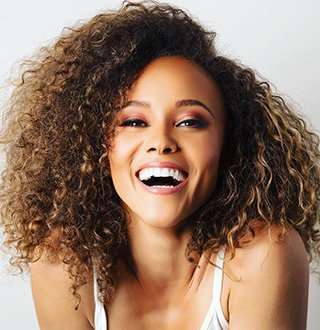 Ashley Darby dropped a bombshell in 2017 when she announced that she and her husband had been living separately. The loved-up couple, whose love was inked around the walls of social media and was a regularly featured on Real Housewives Of Potomac, came crashing down after talks about separation and divorce. Even one of her co-stars labeled her as a liar.

The Maryland native's first foray into TV was with TLC's Say Yes To Dress in 2013. However, she has become a household name of late after appearing in the Bravo's Real Housewives Of Potomac (RHOP) since its inception in 2015.

Getting Out Secrets: Ashley Darby talks about the feuds she had on Real Housewives Of Potomac and her marriage to a much older guy with The Breakfast Club (Published on 25 March 2016)

RHOP's season three is on the verge of its conclusion and has thrown a few surprises as it chronicles the journey of rich housewives for a third year running. With that, Ashley's relationship with other cast members and her husband was the pick of the third season, set to conclude on 19 August 2018.

Born on 8 June 1988, as the eldest child in her family, Ashley had to juggle between different jobs and to help her parents raise up her sisters.

You May Also Like: Gizelle Bryant Dating NBA Boyfriend After Divorce With "Cheater" Husband But Complicated

Despite her mother struggling to raise her and her siblings, she always tried to ensure a positive mindset, a trait Ashley cherishes to this day. What made her childhood more tough was the fact that she never got to see her father.

The University of Maryland alum, bartended during her University days to make ends meet. And it was during a shift in her job; she was scouted for Miss District of Columbia Pageant in 2011, which she won.

After winning the pageant she started to make waves in the fashion industry, and that was when she met Australian real state mogul Michael Darby in his lounge L2. Despite an age difference of more than 29 years, the couple's romance hit off immediately.

Michael, who had two kids from his previous marriage, proposed Ashley in 2012 with the beautiful reality star saying 'Yes.'

And wedding bells chimed for Ashley and Michael two years after getting engaged. The couple married in front of friends and family on 15 May 2014. The wedding weekend was described as the best time of her life by the reality star.

Not only did getting married brought Ashley with a husband, but it also opened her doors for fame and fortune. Ashley was announced as one of the housewives to feature in Bravo's reality show based in the DC, RHOP.

She was one of the original cast members of the show and had been featured on the show for three seasons as of 2018, with the third season commencing on 1 April 2018.

The show has not only showed the tender moments of the family but also brought about the differences that husband and wife had in their married life.

The couple shares the joint management of their restaurant Oz. The restaurant, first Aussie theme restaurant in the DC area, was the main reason for the couple's reported split.

Their rocky relation and fledging marriage were on display for the whole of the 2nd season of RHOP. When the housewives assembled for a reunion in July 2017, Ashley revealed that she had been living separately from her husband for the last three months, signaling the end of marriage.

Once Ashley announced about her crumbling marriage, words started spreading about their divorce. The couple looked set to end their 4-year-old marriage, and it felt as if Michael was to bear the brunt of undergoing a second divorce.

However, Michael and Ashley did not go through a second divorce, instead decided to give their marriage a second chance. And their love seems to have prevailed, as the couple has not stopped showing off their love towards each other after giving their wedding a fresh start. Ashley, who seemed to have endless discussions and anger for her husband a year ago, has found out a new love for her husband and the affectionate pair are close to inseparable. They are pictured together whether they are holidaying in Australia or casually attending a social event together.

And the closeness they enjoy once again has also been on display at the third season of RHOP, with Ashley confirming that despite their marriage not being as it was, in the beginning, but they are getting there.

The diva has always wanted a child of her own, since getting married while her husband had been reluctant to parent kids. However, on 11 July 2018, Ashley told the Daily Dish that her husband was slowly enjoying the idea of bringing children to the fore.

However, on the 17th episode of RHOP which aired on 29 July 2018, Ashley told her mother that Michael was reconsidering having kids because he felt Ashley would be an irresponsible mother like her own mother.

Her mother was shocked at the revelation and first claimed that Ashley could be joking. The conversation, however, turned serious with a few crass remarks on the show, and Ashley's volatile married life showed signs of crumbling.

On the 18th episode of the RHOP, the housewives could be seen reuniting before the grand season finale, scheduled for 19 August.

Ashley and the castmates were enjoying a bit of downtime together when she said about being happy seeing Karen Huger's wedding ring and her husband Ray.

In turn, Karen was angry at Ashley's response and labeled her a f****n liar and even threatened her to not talk about her. She felt that Ashley was faking emotions and labeled her full of lies.

With the season three still having few more episodes to run, it seems like new facets of Ashley's life will be on full show.

In September 2018, Ashley's husband, Michael was charged with sexually assaulting a cameraman. In the charging documents, the cameraman said that they were filming the show on Pleasant Hill Drive in Potomac when Michael 'grabbed and groped' his rear.

When he turned around, Michael smiled and gave a flirtatious look apparently. The cameraman had also filed for a restraining order against Michael that cited another alleged assault which took place in August 2018 when Michael had apparently kicked him in his butt while filming.

While the restraining order was denied, this wasn't the first time Michael was engaged in such acts as castmate, Gizelle Bryant has raised concerns about Michael's sexual preference when she saw him 'squeezing' another housewife's boyfriend's rear.

Ashley, however, has defended her husband while calling the incident a 'joke' and shared a picture of her smiling partner to her Instagram story as she wrote, 'No charges filed. No arrest made. No Bravo suspension. We'll keep you posted.'

With the network taking allegations seriously, the production company for 'The Real Housewives of Potomac' have put the filming with Michael Darby in suspension.