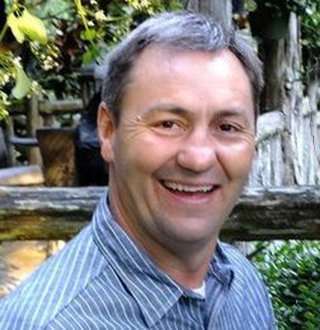 American television reality star Robbie Wolfe and his family life came into the public perception only after being featured in American Pickers. The brother of a famous TV star, Mike Wolfe, Robbie and his family were brought to the limelight after their numerous appearances on the show.

The Illinois native is one of the celebrated co-stars of the series, American Pickers, a show that deals in picking up antiques in cheap and selling them for higher prices. He alongside his brother Mike Wolfe, and co-stars Frank Fritz, Danielle Colby, and Danny Koker have made the show a hit among the viewers.

From The Show: Antique's Hunt: co-stars Danielle Colby and Robbie Wolfe put their picking skills on display for American Pickers in 2014 (Published on Sep 5, 2014)

Along with making appearances on the show, Robbie also serves as the founder of a landscaping company called RJ Wolfe and Sons, which specializes in backyards transformation.

Related: Mike Wolfe On "Ultimate Joy" From Getting Married To Wife! Meet The Wolfe Family

Diving towards his personal front, Robbie is a married man who shares the conjugal bond with Melanie Wolfie. The couple reportedly has sons and three beautiful daughters with whom the family man loves to dedicate his spare time.

His sound relationship with his family is often exhibited on his social media platforms. On his daughter, Sunny's 15th birthday, he wished her a happy birthday via an Instagram post on 12 January 2017 with a caption that read "Happy Birthday sugar. You will always be my little girl."

Similarly, on the occasion of Valentine's day 2018, he uploaded an Instagram picture of his wife and three daughters and wished the special day to his four beautiful ladies. Robbie also loves to spend time with his mother Rita Wolfe. His September 16th, 2013 Instagram post showed him enjoying a rainy day on a soccer field with his mother. Likewise, his bond with his older brother, Mike is already manifested on  American Pickers series.

Robbie was born on 26th April 1960 in Illinois, a Midwestern region of the United States. His mother is Rita Wolfe and his elder brother, Mike Wolfe, is the creator and star of American Pickers. He has a sister named Beth Wolfie.

The significant love between the Wolfe brothers is not only evident in their series but also in real life and on social media. Moreover, the brothers enjoy occasional breaks and are often seen enjoying long rides through the highways. Their love for cars and motorcycles can be seen throughout their social media platforms with both the brothers posting pictures of antique vehicles on their respective platforms.

Robbie came to limelight after appearing in the several episodes of the History channel's picking reality series, American Pickers, alongside his brother, Mike. He occasionally features in the series and helps the pickers in renovating the old vehicles.

Dive Into: Geoff Tracy Biography: Age, Wife And Family To Net worth Of Restaurant Owner

The series follows the talented pickers, including Mike and Frank Fritz's travel across America in search of rare artifacts and national treasures they buy from the collectors and sell in their antique shops or put them in their personal collections.

Apart from his appearances on American Series, he alongside his wife Melanie focuses on a landscaping company named RJ Wolfe and Sons which was opened in the 1990s.

The company, which is still running offers attractive lists of services such as paving driveways new and old, pool installation, putting in decks, hooking uplighting, and much more.

How Does Robbie Wolfe's Net Worth Rank Among Other American Pickers?

Robbie has derived a prominent part of his net worth from his company, RJ Wolfe & Sons, and also from his appearances on American Pickers. The exact details as to how much he earns from the show remain undisclosed but taking into comparison the net worth of his co-stars, it seems Robbie takes home a decent amount of money. Along with that, his company RJ Wolfe & Sons also add to his income. It is safe to say, Robbie Wolfe has a decent amount of net worth to his name.

Must Know Facts About Robbie Wolfe:

You must think by now you know everything you need to about the fella from American Pickers. You might be getting wrong on that matter cause these facts on him will leave you captivated:

1. Robbie is a family mad besides fame and loves to spend time with his family.

2. Despite only making an occasional appearance in some episodes of American Pickers, he has been associated with the casting department of the show from early 2010.

3. American Pickers is not Wolfe's solo gig as he has his own picking company named R.J. Wolfe & Sons in Davenport, Iowa.

4. Robbie is often recognized as Robert or simply Rob.

5. His mother Rita Wolfe also appeared in two episodes of American Pickers in 2016.