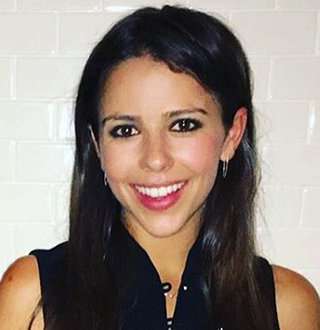 Most of the people lose their hope after they get defeated, but real heroes get up once again and fight for their victory. Similar to gymnast Ariana Berlin, who had to end her career before it even started, once again rose up and eventually made a blissful career which still lives as motivation to many.

The California-native is an inspirational figure who was thrust into fame like wildfire after she managed a blissful career in gymnastics in spite of career-ending car accident.

After a career full of accolades as a gymnast, she is using her experiences and portraying the directorial role in UCLA gymnastics team.

Ariana Wanted To Become Gymnast From Her Early Age

The American gymnast Berlin stepped into the earth on 29 October 1987 in the geography of San Diego, California, United States. She was born to parents; father, Howard Berlin, and mother, Susan Berlin.

Growing up, she had the desire to participate in competing in UCLA gymnastics. As of which at just the age of 12, she became Level 9 Westerns Champion and trained at South Coast Gymnastics and SCEGA Gymnastics.

In 2001, just when she was on track to become a part of the Olympics Gymnastics team, she suffered a significant setback.

When Berlin and her mother was heading to Orange Country for the shopping excursion, they were struck by a speeding car which was coming right from their opposite direction.

As a result of which, she suffered a lot of physical problems; two collapsed lungs, two broken legs, a broken wrist, broken collarbone, cracked wrist and spent five days in an induced coma. Similarly, the other victim, her mother suffered a broken tibia, injured scapula, and brain trauma.

Motivated Ariana Went On To Reign On Her Career

After such a deadly accident, Berlin found it hard to get back to her gymnastics career and decided to start break dancing.

Early in her dance career, she went on to become one of the youngest members of the San Diego dance group Culture Shock and managed to learn a lot through her working with them.

While performing at SeaWorld San Diego with her troupe, she incidentally met with the UCLA Bruins gymnastics head coach, Valorie Kondos Field.

The meeting with Miss Val was extraordinary for Berlin; extraordinary in the sense that she became motivated to get back into the gym by her words.

Thereafter, with a goal in sight, by all virtue, she started working hard and eventually retained her charisma as a gymnast.

Her never-giving-up attitude was finally rewarded with a place at CLA Bruins gymnastics team at just the tender age of 17.

After joining the team, there has been no looking back for her as she went on to became four-time All-American and one of the most consistent athlete ever for UCLA's. All thanks to her head coach Valorie Kondos Field.

Her motivational life experiences were visualized in a biography-based-film, Full Out: The Ariana Berlin Movie(2015).

Apart from athletism, the gymnast has also worked in the films like; Switched at Birth, The Foresters, Greek and Honey 2 and in the TV shows including; Three Rivers, NCIS: Los Angeles, Shake It Up! And Make It or Break It, as a stunt performer.

As in 2018, Ariana has stepped in as the director of UCLA Gymnastics team and relishing married life with her husband.

Life Besides Career; Ariana Berlin Got Married To Jimmy Rotstein In 2018!

The American gymnast and dancer married Jimmy Rotstein on 12 May 2018. The couple first met in 2009 at UCLA. After dating for almost eight years, the duo decided to step up their relationship and eventually got engaged. 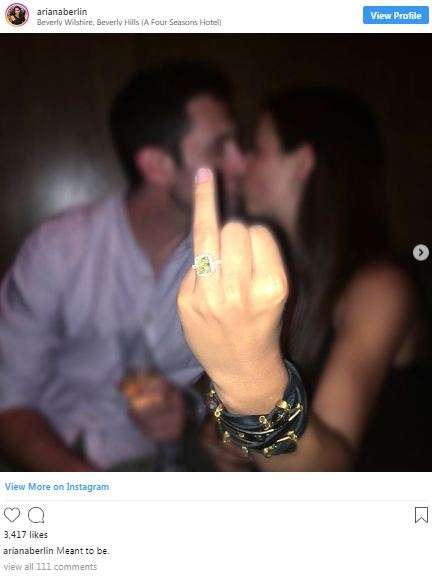 After the social media flaunt, many of her fans became expectant of her marriage to happen soon, and she did not disappoint by answering them just after a year.

Following their marriage, the couple is busy ticking off their life goals as of which they recently went to watch LA Dodgers game, World Series.