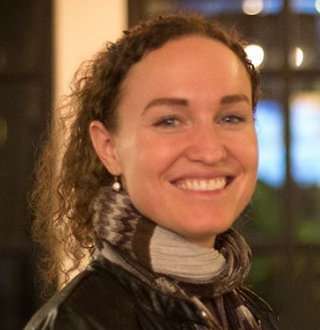 Social media activist Megan Phelps-Roper had to gather the immense courage to leave everything she believed in from her birth. But when she did, the world came to her side, and that was when she found her companion among the people who fortified her.

Megan Phelps-Roper is widely known for her contribution to overcoming divisions and hatred between political and religious demarcation. She’s also a former member of the Westboro Baptist Church.

Major Decision-making Age: Megan Phelps-Roper shares her personal experience of intense polarization while growing up in the Westboro Baptist Church on TEDTalks (Published on 6 March 2017)

Megan has written a book called This Above All that concerns the story of her life with her sister following the departure from the church.

Born on 31 January 1986, Megan Phelps-Roper was raised in the Westboro Baptist Church alongside her mother, Shirley Phelps-Roper and her ten siblings. Megan’s grandfather, Fred Phelps founded the church.

During her time while she was in the church, she would make frequent appearances on the Howard Stern Show with her family.

And it was is November 2012 that the 32-year-old activist made a public departure from the church with her sister, Grace as they published an open letter that explained the reasons for leaving.

With all her siblings and relatives crying during her departure from the Church, one of her cousins came in the room stone-faced and told Megan that she was going to Hell. She has confessed that her family members have cut ties with her.

In fact, after they left the church and her sister, Grace tried to drop off a birthday cake they had prepared for their younger sister. And their mother locked the door refusing to let them in.

But despite all the emotional damage Megan and her sister faced with the parting with their siblings and their family disowning them, today Megan has stood tall, and people have recognized her for publicly criticizing the Westboro Baptist Church.

Despite the fact that her family completely shut her out for taking the right step, Megan has gone out to start a family of her own with her husband, Chad Fjelland.

She initially started messaging her husband through Twitter in February 2011, and eventually bonded with him as the two often conversed through the app, Words with Friends. And it wasn’t long before the pair hit it off with their first date in Omaha in 2014.

Two years after dating the love of her life, Megan got married to her husband on 15 August 2016. Happily Married: Megan posts a picture with her husband during the wedding via Twitter on 15 August 2016 (Photo: Megan Phelps-Roper’s Twitter)

Megan and her husband have been married for more than two years, and their happiness is set out to be quite long-lived with the arrival of their daughter, Solvi Lynne on 6 October 2018.

The new mom had been keeping her pregnancy hidden, and she dropped the bomb of her baby girl’s birth out of nowhere on her social media sites.

Megan being a mom sure took her fans by surprise as the comments were filled with overwhelming excitement and well-wishers. Today, the activist is embracing a serene married life with her loving husband and her adorable daughter.