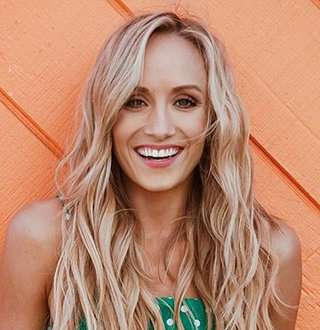 While the former artistic gymnast Nastia Liukin and her fiance had been procrastinating their wedding for three years, what had been keeping them more occupied than their big day?

Nastia Liukin is well known as the 2005 and 2007 world champion on the balance beam and the 2008 Olympic individual all-around champion.

Truly Graceful: Nastia Liukin performing the aerial walkover on the balance beam in the 2008 Olympics All Around (Published on 22 September 2011)

You May Also Like: Nicole Scherzinger Dating | Athlete Boyfriend Split Or Swooning?

Carrying the blood of gymnastics from her parents, Nastia was already showcasing her skills on the bars by the age of three.

And though her parents were hesitant for their daughter to be a gymnast because of the pressure of competition, she participated in her first National Championships when she reached the age of twelve.

Without much trouble, the 28-year-old gymnast managed to maintain her academic grades alongside her practice, remaining focused on her gymnastics career and by 2003, she was already one of the strongest junior gymnasts in the US.

Every Work She Has Done Contributed In Her Net Worth

According to sources, Nastia has got an estimated net worth of $2 Million that she earned through her successful gymnast career.

While Nastia earned a major amount of fortune through her career in gymnastics, she has also made some money through her brief cameo roles in the 2006 Touchstone Pictures movie, Stick It, the Bravo TV Show, NYC Prep and a 2008 episode of Gossip Girl.

Nastia’s competing in the 20th season of Dancing with the Stars also brought her a considerable amount of wealth when she was partnered with professional dancer, Derek Hough.

Her own line of gymnastics equipment like mats, bars and balance beams produced by American Athletic, Inc. brings her great earnings.

Why Did Nastia Liukin Postpone Wedding With Fiance Of Three Years?

It was quite a surprise to the fans when Nastia revealed her engaged status out of nowhere via Twitter on 1 June 2015.

Her entrepreneur fiance, Matt Lombardi proposed to her in Boston with a self-designed classic ring that featured a cushion diamond framed by pavé diamonds on a platinum band drenched in more diamonds.

But worry not, for there weren’t any doubtful reason for the wedding postponing. Nastia and her husband-to-be are quite occupied with their work and big projects that they had to delay the event. Immense Love For Fiance: Nastia posts a picture of her kissing her future husband on his cheek on Instagram on 3 June 2018 (Photo: Nastia Liukin’s Instagram)

When Nastia announced the postponing of the wedding, she had hinted to take place the wedding`in 2018, but in February 2018, she delayed the big day farther because of her new project with her fiance.

The pair is working on a new app called Grander, that is aimed to inspire the next generation of female athletes and females overall to have a place where they are safe to have a voice. The app allows users to connect and communicate with mentors as they learn sports lessons.

While Nastia and her future husband are enjoying their live-in relationship without feeling the hurry of a wedding, let’s hope that they are showered with the success of their collaborated projects.