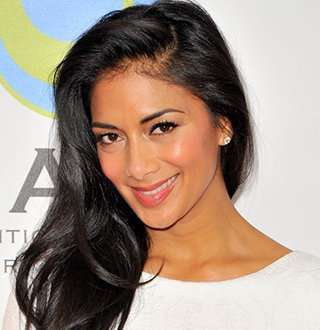 American pop singer Nicole Scherzinger always had the knack of getting involved in fickle relationships, but she seemed to have found her deserving love as she maintained a special bond with her current boyfriend.

Nicole Scherzinger is famous for her hit songs and for contributing as one of the judges for both US and UK versions of The X Factor. She's also known as the lead singer of the girl group, The Pussycat Dolls.

You May Also Like: Kaylee Hartung Personal Life: Has Boyfriend Or Already Married?

Nicole has advertised brands like Herbal Essences and has collaborated with Missguided to design a highly aimed successful clothing line.

Born on 29 June 1978, Nicole Scherzinger (Nicole Prescovia Elikolani Valiente) was raised in a Catholic family in Honolulu on the island of Oahu, Hawaii alongside her sister, Keala.

The 40-year-old singer’s father, Alfonso Valiente is of Filipino descent and her mother, Rosemary Elikolani is a native Hawaiian.

Her parents went separate ways when she was a baby, so she grew up alongside her step-father, Gary Scherzinger and took his surname when he adopted her.

Nicole attended Meyzeek Middle School and carrying the passion of getting into the music industry; she began performing in Louisville while attending the Youth Performing Arts School.

She also performed with Actors Theatre of Louisville, and as a teenager, Nicole became the first runner-up at the 1996 Kentucky State Fair’s Coca-Cola Talent Classic Contest.

Embracing the height of 5 feet 5 inches (1.67 meters), Nicole weighs 199 pounds (57 kg) and graces a body measurement of 36-23-37 inches that she doesn’t hesitate to reveal during her performances.

Robin Antin, the creator of the troupe, The Pussycat Dolls, launched an open audition for a separate recording group alongside the record producers, Jimmy Iovine, and Ron Fair in August 2003.

Nicole is the only member in the group to have songwriting credits on their debut album, PCD that got released in September 2005.

The song, Don’t Cha from the album was their international break getting to number 2 on the Billboard Hot 100. The album also threw two other number-one hits, Stickwitu and Buttons.

The Pussycat Dolls wasn’t a long-lived group as its second album; Doll Domination became its final one. Nicole had already dropped her singles, Whatever U Like, Baby Love, and Supervillain so she shifted her focus back to the group’s last album.

The group embarked on a worldwide concert tour the following year which ended in August 2009 resulting in the announcement of pursuing solo careers.

Often calling herself ‘rubbish’ in dating, Nicole has faced many fickle romantic affairs to date. She got engaged to the lead vocalist of 311, Nick Hexum but broke the engagement in 2004.

After that, Nicole enjoyed a short romance with Laguna Beach’s star, Talan Torriero from 2005 to 2007. Her most known romantic involvement was with Formula 1 Champion, Lewis Hamilton that lasted for seven years as an on-off relationship.

The two parted ways for the last time in February 2015 and Nicole confessed about Lewis not committing to a marriage. There were rumors about Nicole dating Nick Cannon when Nick spilled the tea of him being in relation with Nicole in the past.

Resulting in the failure of her many relationships, Nicole remained hesitant to date anyone for a while until her destined one stole her attention in 2015.

Going through a series of unsuccessful affairs, Nicole stumbled upon her deserving relationship with tennis ace, Grigor Dimitrov and she hasn’t been more happy about her romantic encounter.

Nicole met her Bulgarian boyfriend in 2015, and the two wasted no time to start their romantic rollercoaster.

The two only officially announced their dating status in public in January 2016. They do have a hard time to see each other without getting in a hurry, but they’re still managing quite well to continue their bond.

The pair is seen attending events together, and in July 2018 Nicole and her boyfriend finally managed time to treat themselves to a holiday in St Tropez, and they were also spotted sharing a kiss on a yacht.

Possible Incoming Husband: Nicole and her boyfriend Grigor walking hand-in-hand to board the yacht in July 2018 (Photo: thesun.co.uk)

Interesting: Jane Pauley Up Close: Family Life With Husband And Children At Age 67

Nicole has undoubtedly found her destined one as Grigor seems incredibly committed to their relationship and even hinted at having a family in the future during an interview with Sky Sports, saying,

I would love to have a beautiful family one day, to win Slams, I’d love my kids to see me play before I retire.

Well, there you have it. The day may not be much far that Nicole introduces Grigor as her husband and give their relationship a new name (i.e., married).