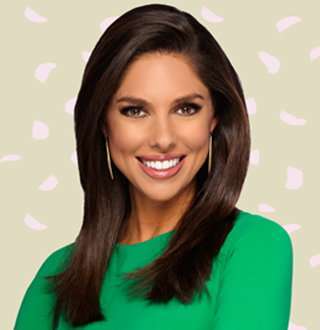 Television personality Abby Huntsman made a huge name through her career in the Fox News along with raising her daughter and introduced her inspiring picture book.

Abby Huntsman is well known as the co-host of ABC's The View. People also know her as the general assignment reporter for Fox News Channel and co-host of Fox & Friends.

Height of Interviews: Abby talks on politics, media, and Donald Trump's presidency with the Bustle (Published on 3 March 2017)

Abby left the Mormon Church following her immense support of quality for women and LGBT rights.

Abigail Haight Huntsman was born on 1st May 1986 in Philadelphia, PA, U.S. Abby graduated in 2008 from the University of Pennsylvania, with a degree in Philosophy, Politics, and Economics.

You May Also Like: Is Arthel Neville Married With Husband? Family, Children, Fox News, Salary Net Worth & More

Abby has six siblings, three sisters and two brothers. Her parents adopted two of her sisters during their travel in China and India.

Fox reporter Abby Huntsman, who comes from the wealthy family background, is working hard to lead her career to the next level.

Like her father, Abby’s mother was also an American activist and philanthropist, who used to work for the prosperity of society and nation.

Abby’s grandfather Jon Huntsman Sr. was one of the most legendary business personality in America. He was executive chairman and the founder of Huntsman Corporation. He was one of the first billionaires to sign The Giving Pledge, agreeing to donate half of his wealth to good causes.

Her grandfather passed away at the age of 80 on 2 February 2018 leaving behind the unparalleled legacy of goods from where generations got benefited.

Talking about Abby's career, she first made her appearance on television during her father’s presidential campaign, where she voiced on behalf of her father on news programs.

Abby’s father, the current U.S Ambassador to Russia, is a dedicated public servant and a respected politician. In 2012, during her father’s presidential campaign, Abby along with her sisters made headlines for goofy parody videos.

Prior to that, at age 16, Abby worked in a behind-the-scenes position at Good Morning America. She even interned for Diane Sawyer, television journalist, by whom she got inspired to be like one of them.

Abby is not just talented but also a beautiful woman with the perfect height of 5 ft. 8 inches tall and with body measurements of 35-25-36 inches body shape.

In 2013, Abby became a co-host of The Cycle on MSNBC. Prior to joining MSNBC, she was a host/producer for HuffPost Live. Abby had also been a recurring guest on CNN.

Later in October 2015, she joined Fox News as a general assignment reporter and is involved with the channel till this date.

Talking about her married life, Abby tied the knot with her high school sweetheart Jeffrey Bruce Livingston in 2010.

The pair first met when they were both studying at the University of Pennsylvania. College Sweethearts: Abby posts a picture of her and her husband during their college days on Instagram on 9 August 2018 (Photo: Abby Huntsman's Instagram)

Abby’s family has faith in Mormonism religion, so they married in D.C.'s Washington National Cathedral.

The couple shares a beautiful baby girl, Isabel Grace, whom they welcomed in November 2017.

Abby shared the news and a photo of her baby on her Instagram on 29 November 2017, expressing her happiness. It's already been 9 months since Isabel came into the world and she is inexplicable adorable. Abby frequently posts pictures of her daughter keeping the followers updated on her growth and activities.

Abby is publishing her illustrated edition of the book called Who Will I Be?.

The picture book is expected to be published on 23 October 2018. The book follows a girl who is named after Abby's daughter, Isabel.

Isabel is constantly worried about her future when someone asks her what she wants to be when she grows up. Despite knowing that it makes her happy to help people, she doubts if a person can really grow up to be a helper.

The inspiring story of the book explores the value of service and the immense power of giving back to the community.

The book is illustrated by the award-winning illustrator Joanne Lew-Vriethoff and is being published by HarperCollins.