Here's Ryan Destiny Parents & Ethnicity Details, Who Is Her Boyfriend?

Popular
by HM Writer Last Updated:  February 13, 2019
Ryan Destiny celebrates her birthday on every...Her father is a member of the 90s R&B group...When it comes to her love life the beauty had been private until...Besides having a hectic schedule, the couple still manages time for each other and attend...posted their picture mentioning how grateful he was...

American singer and actress Ryan Destiny has been working in the music industry since her early childhood days.

Back in 2011, she had won a singing contest to attend the red carpet premiere of Justin Bieber's Never Say Never which gained her some limelight in the entertainment industry. However, she first rose to fame as a member of the girl-group Love Dollhouse in 2013. She also has her own YouTube channel where she posts covers of popular songs.

Ryan starred alongside Meagan Good and Raven Symone in the 2015 film A Girl Like Grace. In 2017, she was nominated at Teen’s Choice Awards for the category – ‘Choice Breakout TV Star.’ As in now, she stars in the Fox TV musical drama named Star as a lead actress playing the role of Alexandra Crane.

You May Know: Is Greg Amsinger Married And Has Family To Show? His Personal Life

Ryan Destiny celebrates her birthday on every 8th of January. She was born in 1995 in Detroit, Michigan.

Her father, Deron Irons, a member of the 90s R&B group Guess, is an African American, while her mother, Dawn Irons is biracial with African American ethnicity. However, any further information regarding her parents and her weight is still under the rocks.

The 24-year-old Ryan with a height of 5 feet and 4 inches attended West Bloomfield High School.

Who Is The Boyfriend Of Ryan Destiny?

When it comes to her love life, the beauty with afro hair had been very private until 2017 when she started dating Keith, a model who had worked with brands such as Calvin Klein, GQ, Guess, and Sketchers.

Besides having a hectic schedule, the couple still manages time for each other and attend red carpets together giving us a total iconic fashion vibe. 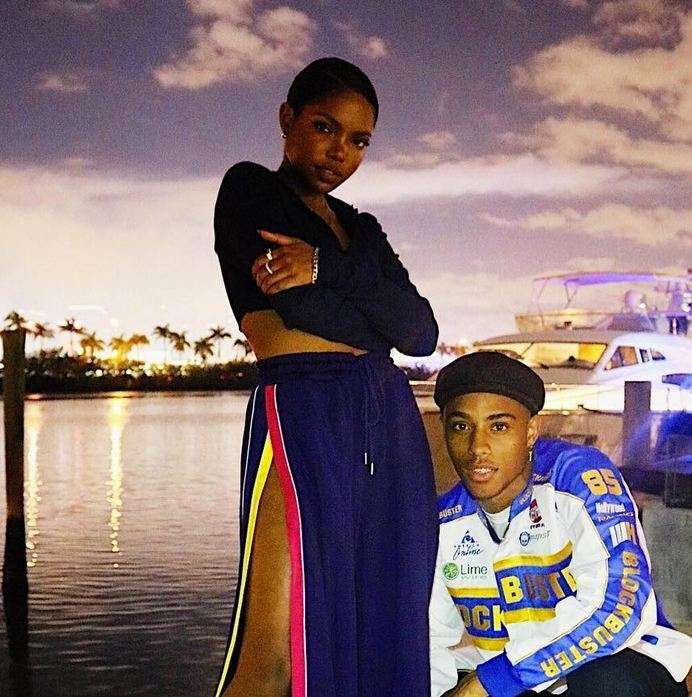 On her birthday, Keith posted their picture mentioning how grateful he was to have a woman like her in his life and on his birthday as well she posted that she loves the man of her life a lot.

Find Out Ryan Destiny Net Worth

Ryan’s musical career began while she was in junior high school. She decided to form a vocal trio with Jasmine Pore and another friend of hers and named it ‘New Limit.’

And later on, the group auditioned for ‘America’s Got Talent’ and made it to the third round. However, in 2015, the group decided to split up, and Ryan went on to sign with Capitol Records. Sooner, she announced that she had plans for a solo EP.

Besides singing, Destiny has also been in films and TV series. Back in 2010, she worked in the web series ‘The Wannabes Starring Savvy.’

Later on, in 2013, she appeared in a few episodes of the Detroit-based crime drama ‘Low Winter Sun.’ So, when it comes to her net worth, we can assume that she earns a good amount from singing and her acting career. However, the exact information regarding her net worth is still under the rocks.