Home » Popular » Mario Selman Age 18 Sexuality | Made Up Gay Man Or A Real One?
Share

Mario Selman Age 18 Sexuality | Made Up Gay Man Or A Real One? 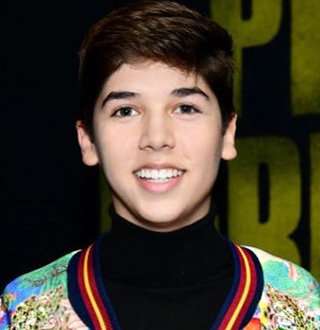 Instagram star Mario Selman has reached the age of 18 in the media industry without getting involved in romantic affairs. Doesn't that sound a bit suspicious? Is he possibly going to shatter his fans' hearts and come out as gay?

Mario Selman is quite known among many teenagers for covering songs and posting them on his self-proclaimed YouTube channel.

Perfect Harmony: Mario Selman sings the cover version of the song, Dusk Till Dawn alongside Angelic on his YouTube channel (Published on 6 November 2017)

With over 150k followers on YouNow, Mario frequently telecasts his musical performances on the platform.

The Chile native was born in 1999 in a supportive family with loving parents. He blows his birthday candles every 21 December. Wow, he must be getting his birthday gifts mixed with Christmas gifts.

Mario, age 18, proved to be a musical prodigy who showed significant talent at a young age and went to get some training in music in the US. He started his self-titled YouTube channel in 2014, but that didn’t turn out to be a big treat as Mario didn’t update on a regular basis.

So, he opted for a broader platform, by spreading his name on two other popular social media channels, Musical.ly and YouNow. His sister, Catalina Selman, age 17, who is a Musical.ly star herself, helped him to create the content for the new channels. Read Also: Adam Conover In Love With Wife-Like Girlfriend & Gay! The Other Kind

And it wasn’t long before Mario started getting recognized by people which resulted in his collaboration with other artists of his age. The 5 feet 7 inch (1.73 meters) tall media star began a YouTube Channel entitled Our Journey with Brennen Taylor, Weston Koury, Nick Bean, Baby Ariel, Zach Clayton, and Loren Beech.

And boy was the channel a hit among the youngsters. It has gained over 815k subscribers with more than 88 million views.

Mario Selman's Dating Life Is Blurred: Is He Gay?

It is very obvious that Mario has stayed away from any kind of controversy till date. His relations with co-stars or media personalities he collabs with are considered pretty normal and less romanticized.

The only time he ever had a curiosity rise of his personal life was when Mario made a Q&A video of him answering fans’ questions on 17 April 2016. It was a total shock for the fans as they didn’t have a sniff of the information before.

A fan asked Mario a question about the craziest thing that had happened with a fan. And Mario did nothing to hide the incident as he opened up about kissing a fan… on accident. The incident took place in the city of San Francisco. While on tour, Mario was meeting up with his fans and just as he was about to kiss her on the cheek, she turned around.

Yup, as cliche as it sounds, that’s exactly how Mario accidentally kissed one of his fans. Many comments on the video had hungry fans even wishing the lucky girl was them. And that’s it. There’s all that is left of Mario’s non-existent dating life.

The fact that he doesn’t have much on his personal life has many people wondering if Mario is a closeted gay.

It only sounds likely, considering the bitter truth that the media star hasn’t shown a single sign of indulging in romance. And Mario hasn’t even bothered to address the gay rumors, which adds to the speculations. But since nothing has been confirmed, it’s no use assuming his possible gayness or his mystery girlfriend.