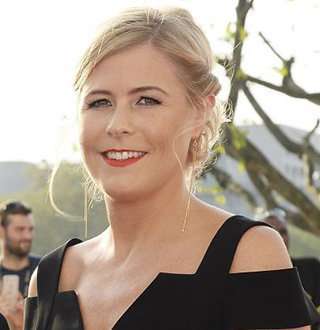 In May 2018, attending the BAFTA Awards, Australian talent manager Ali Astall showed off her baby bump, while dressed in a stunning sparkly gown, for the first time. Her husband, Declan Donnelly accompanied her to the prestigious event. Four months later in September, the married duo became parents!

Her husband Dec is a famous English presenter best known for his presenting progress on television for programs such as Britain's Got Talent,  Ant & Dec's Saturday Night Takeaway, among others.

The Newcastle, Australia native has a shiny portfolio, including managing her husband, Dec, and his show-biz partner, Ant. All Eyes On Me: Ali and her husband, Dec at 2018 BAFTA Awards look smitten posing for the cameras (Photo: Hello Magazine)

Here we have compiled a list of wikis on ever-so-elusive Ali, ranging from her exuberant wedding, her baby bump to becoming parents:

Ali was born on 18th December 1978 in Newcastle, Australia.

She started working for Dec as his manager as a staff of James Grant Management before they began dating. She managed Declan and Anthony McPartlin for 10 years and quit her job to pursue a personal life (marriage) goal with Dec.

In addition to managing Dec and Ant, she has also managed the likes of English presenter Fearne Cotton and Holly Willoughby.

2. When Did Ali Astall and Dec Donnely Started Dating?

Ali, age 40, and Dec began dating in 2014. By then, they were entangled in a decade-old manager-client relationship.

She had always played with the idea of them one day possibly becoming an item, often going out on dinner dates on Valentine’s day if neither had a love interest.

Her husband, Dec, who shares his birthday with stars like American rapper/actor Donald Glover and Nobel laureate William Faulkner, has recounted the formative years of their relationship as a little strange.

3. Ali Astall and Dec's Intimate Wedding In Newcastle In 2015

Ali and Dec didn’t take much time to commit to each other: little over a year after they began dating, in August 2015 they tied the knot in a secretive wedding held in Newcastle. The likes of celebs such as Tess Daly, and Marvin and Rochelle Humes attended the wedding with Ant as Dec’s best man.

Sharing the never-before-seen wedding pictures with her two days later, Dec tweeted appreciation for all the anniversary wishes.

4. Her Height In Comparision To Husband Dec

Despite her tendency to shy away from the spotlight, she made an exception for her husband when she was spotted at the Saturday Night Takeaway event on 31, March 2018.

Having safely entered the crucial 12-week mark of Ali's pregnancy, her husband, Dec, took to Twitter on 24 March to announce Ali’s pregnancy all while thanking their fans for their love.

You May Like: Norah O'Donnell, Perfectly Balanced Family With Husband - Height, Sister, And More Facts 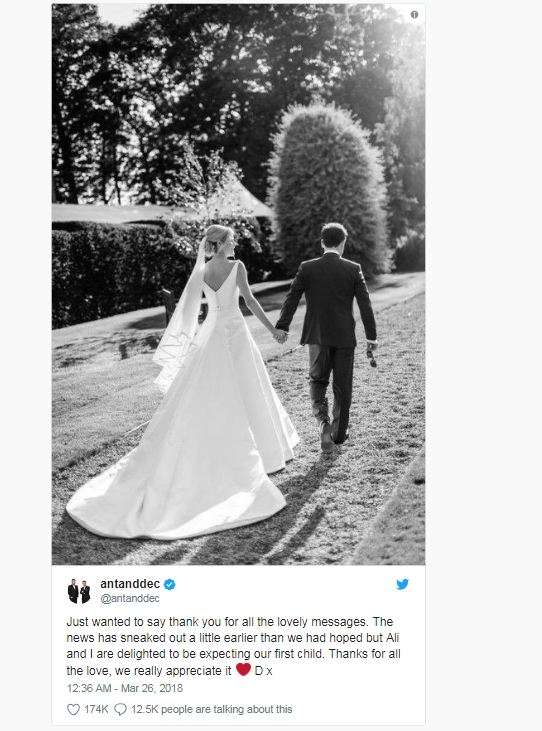 Sources close to the couple revealed that the couple had been trying to have a baby for some time and were delighted with the news.

In May 2018, while attending the BAFTA Awards, all eyes were on her as she was sporting a baby bump. Dec, who was by her side, went on to win Best Entertainment Performer later that night for the show I'm a Celebrity...Get Me Out of Here!

Ali and her husband Dec were head over heels after welcoming their first baby daughter, Isla Elizabeth Anne on 1 September 2018.

Her husband was pictured arriving back home after spending quality time with her and their newborn daughter in the hospital. He was all smiles and seemed well-adjusted to parenthood.

Speaking about her excitement and plans as a new mom to This Morning co-host Phillip Schofield, she said:

"I can't wait for cuddles with her. I think she'll be coming to Australia as well!"

Dec and Ali will be spending the next few months making the most of their time together before Dec has to travel to Australia to present I'm a Celebrity… Get Me Out of Here!

While it's impossible to replace Ant, in his absence, Holly Willoughby, will be taking over. She confirmed on 2 September 2018  that both her and Donnelly's family will be traveling to Australia.