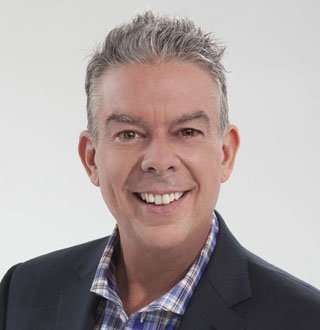 American radio personality Elvis Duran stole the heart with his voice through the radio shows. But what happened to the loving hearts after he came out as gay? Did they break or got overwhelmed?

The openly gay celebrity is widely known for hosting the show, Elvis Duran and The Morning Show in Z100. His has spanned in her radio career for 30 years already.

Radio Show: Elvis Duran with Greg T in his show Elvis Duran and The Morning Show (Published on 26 September 2018)

In addition to the sound biz, the host took his chances in the showbiz as a producer and actor for Die Hard with a Vengeance in 1995, Truth in 2013 and Phowned in 2010.

It is hard to speculate on how long the radio host had got the confirmation about his sexual orientation. But he decided to come out only in 2010 on his show when he was already 46 years old aging man.

If he had known as a teenager, then he sure zipped his lips for an extended period.

Duran’s professional life has mostly revolved around the radio show. He worked both as a host and as a program director in the business.

Initially, he was serving at WIOQ in Philadelphia as a program director from 1989 to 1990. He got fired from the network for the reasons that remained undisclosed.

And, in 1991, he joined KBTS (now KGSR) in Austin, Texas where he served as both the director and morning show host.

The big highlight in the aspiring radio personality’s career when he joined Z100 in 1996 where he began with his nationally syndicated program, Elvis Duran and The Morning Show.

It is well noticed that many openly gay celebrities at certain point shed their weight. And Elvis is no different for that matter.

The gay man underwent surprising weight loss in 2015 on account of gastric sleeve surgery reducing from 265 to 160, losing a total of 105 pounds.

He has grown more confident than before, but he misses munching on his extra calorie diets sometimes. As it turned out, the reason for the surgery was not merely a concern on appearance but endangering health.

Elvis met his boyfriend, Alex Carr, who is a zookeeper, at the Staten Island Zoo, West Brighton around 2010, the very year Elvis came out publicly.

After being in a cherishing relationship for almost eight years, the pair got engaged in July 2018. The proposal was made by Alex on 13 July 2018 in front of their dinner guest.

He threw an awning proposal by opening an umbrella that read “Elvis Will You Marry Me.” The veteran radio personality happily accepted the offer, and the duo got engaged right then. The guests applauded on their progress wholeheartedly.

Elvis is a lucky man to have found a match and even luckier to have earned fellow celebs’ and fans’ support in his entire transgender journey.

Can’t wait to see the happy couple get married.