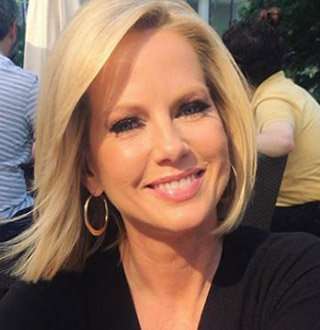 American Journalist Shannon Bream had an illustrious career working for media giant Fox News. But all her career accomplishments falls second to what she achieved with her husband.

The 47-year-old Floridan, age 47, is best known as the host of prime-time program Fox News @ Night. She gained recognition for covering 2016 US Presidential Election. Also, her coverage of the 2016 Republican National Convention received unprecedented traction.

Shannon left her lucrative career as a lawyer to pursue a career in Journalism in her early 30’s.

The Florida native had initially earned her degree in Law from Florida State University College of Law in 1996. While in college, she interned for Florida Congressman Bill McCollum, who would later become Florida Attorney General.

Shannon’s Journalism career began at WFTS-TV in 2000, where she took up an entry-level position. She would often describe herself as “Grandma Intern” for co-workers amusement.

Before she would make her big move to Fox News, the Florida State University alum worked for WBTV and WRC-TV between 2004 and 2007.

Her introduction to Fox News came to fruition after she chanced encounter with then managing editor of Fox News Channel’s Washington Bureau, Brit Hume, who had encouraged her to submit audition tapes to the network. Taking heed to Brit’s advice, she sent her tapes and was selected in November of 2007 as a reporter covering Supreme Court for Washington bureau of the Fox News Channel. And the rest is history.

Fox News Channel is reported to have paid Shannon $800,000 per annum in salary. Meanwhile, she has a reported net worth of more than $4 million.

Shannon Bream, born as Shannon Noelle Depuy, was born on 23 December 1970 to a mother, Marie Norris and a father, Ed DePuy in Sanford, Florida, USA. After graduating from North Florida Christian High School in 1988, she joined Liberty University in Virginia.

Standing a mere 5 foot 7 inches in height, the Floridian native didn’t let it deter her aspirations to compete in beauty pageants.

While in college, she was crowned as Miss Virginia in 1990. A year after winning the title of Miss Virginia, the Liberty University alumni competed for Miss America crown, where she finished respectable top 10 finishes.

She continued to flirt with pageants well into her law school days, having won the Miss Florida USA in 1995 and finishing just outside the top 3 position in 1995 Miss USA.

As smoky as her eyes were, the Fox News reporter was forced to undergo eyes treatment after one night in February 2010 she woke up with sudden pain in her left eye.

Her optometrist diagnosed her with dry eye and prescribed her rewetting drops. Because her pain persisted, she was referred to an ophthalmologist, who, corroborating with earlier diagnosis added Restasis in her prescription.

A year after the initial prognosis, it was revealed that her eyes had suffered tiny scratches and signs of a disorder called map-dot-fingerprint dystrophy.

Ailments are not a new topic for Shannon as she saw her husband of more than 22 years survive brain tumor.

Shannon met her husband, Sheldon Bream while attending Liberty University in the early 90s. Sheldon has a bachelor’s degree in Sports Management and Business from the same university. At present, he works at the Washington Speakers Bureau as Director of Relations.

After graduating from Liberty University in 1993, the University sweethearts got married. Despite being married for so long, their marriage is yet to produce any children; their health ailments and undivided attention to their respective work could be one of many reasons behind not conceiving any children.

However, that does not mean the couple is not into children. On 22 May 2018, Shannon posted a photo of her and husband attending the graduation ceremony of a mysterious guy, who was described as the most special person in her life. She also added that she had known the lad from the womb and were happy to see him become a man.

The couple seems happy as ever, as evidenced by Shannon’s Instagram outgoings. She regularly posts throwbacks pics as well as recent snaps of her husband.

On 23 December 2015, Shannon took to Instagram to wish Sheldon a happy 20th anniversary. 22 Years Together: Shannon shared this snap of her gazing into her husband's eyes on the occasion of the20 year anniversary of their marriage (Photo: Shannon Bream's Instagram)

Shannon and Sheldon have stuck by each other for more than 22 years; through thick and thin, through ailments while prospering in their respective career. What an inspiring story!