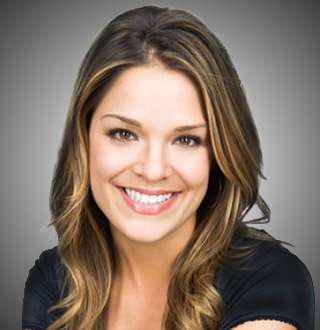 American television personality Sabrina Soto has been relishing love life with a husband-like partner, with whom she shares an adorable daughter.

The Miami native earned her recognition as a host of HDTV's reality show, Get It Sold. The licensed real estate agent also runs her blog site, Sabrinasoto.com, which comprises of lifestyle and interior design.

Here are some fascinating wikis of Sabrina that includes her birthday, height, age, profession, and family.

The multi-talented lady was born in 1975 in Miami, Florida and her birthday falls on 27th December. She is the first generation of her Cuban family born in the United States.

Sabrina is the daughter of Roberto FE Soto and Maria Soto. According to the wiki, her father, Robert serves as an Executive Director of Imaginus Media and a distinguished visiting Professor in various academic institutions such as the Albany State University and New York Institute of Technology.

You May Like: Jean Currivan Trebek Fascinating Wiki & Family Insight! Age, Husband, Net Worth - All Revealed

Sabrina is the youngest child in the family and has a 19 months older sister named Natasha. She shares a close bond with her family which is manifested by her Instagram posts. She never forgets to wish her parents on their special day. She is close to her sister, Natasha and regards her as the best friend.

She stands at the decent height that matches her personality.

2. She Has Been Involved In Multiple Professional Ventures

Since an early age, Sabrina Soto was interested in designing, creating and organizing beautiful spaces on a budget. She later started designing by helping her mother with home staging and decorating business.

The designer later jotted herself into television portraying roles as a presenter for series on MLT and a web-based series on Yahoo!. During her tenure at the TV, she interviewed several top recording celebrities and artist during the show.

Moreover, She has also made the appearances in Tv primarily as a host in various lifestyle-related shows--The High Low Project, Design Star, Real Estate Intervention. She has been the host of Get It Sold since 2007 and served as a judge on the ABC series, The Great Christmas Light Fight!.

Recently, she appeared on the TLC's interior designing based reality show, Trading Spaces in 2018. Besides, Sabrina also has an online lifestyle magazine, Casa & Company, which provides regular updates on the latest designs from fashion to food to home.

As of now, she is tirelessly focusing on designing, taping her HGTV shows and treating friends and family to her second passion, cooking.

Sabrina, aged 43 is currently enjoying a long-term relationship with her husband-like partner, Steve Grevemberg. The couple has been enjoying a romantic union for a long ago.

Learn More: Sunny Anderson, Getting Married With Husband Is Choice - Dating And Boyfriend Enough For Now

In August 2017, she Instagrammed a picture with Steve on his birthday stating that she still enjoyed sitting with him and chatting about life after so many years together.

The couple welcomed their first child, a daughter named Olivia Gray on 2nd November 2015. The adorable daughter is two years of age now and Sabrina often shares her childhood moments through her Instagram. She is also a mother to her Labradoodle Harper dog. Well, it wouldn’t be wrong to foresee that Sabrina being an excellent interior designer must have made one heck of a nursery for her child.

Although Sabrina and husband-to-be Steve have been in a relationship for a long time and co-parenting a child together, they haven't shown any hint of getting married anytime soon.

And even if she was married to her partner behind the curtains, it is quite clear from their whereabouts that their relationship would stay far away from divorce.

As of now, she resides in Los Angeles along with the family of three.