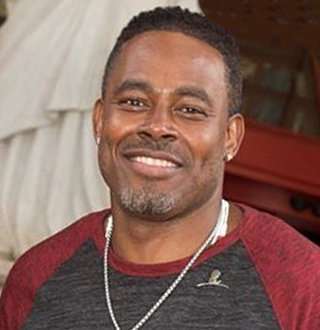 American actor, Lamman Rucker's on-screen married life had people wondering about his real-life wife, and he didn't hesitate to burst the fans' bubbles juggling between his career and romance.

Height Of Fame: Lamman Rucker joins the Sister Circle Live and talks about his roles that took his career to success (Published on 30 August 2018)

Born on 6 October 1971, Lamman Rucker was raised in Pittsburgh, Pennsylvania by parents, Malaya and Eric Rucker.

The 46-year-old actor comes from a partial ancestry of Barbados and a supportive family.

Lamman had a passion for acting following the participation in child pageants. His first role was in the 4th grade when he portrayed as Martin Luther King.

Attending high school at the Duke Ellington School of the Arts in Washington, D.C., Lamman studied at Duquesne University and Carnegie-Mellon University.

With an incredible passion for acting, Lamman started his acting career by landing a major role in 2002 as he portrayed attorney T. Marshall Travers on the CBS soap opera, As the World Turns.

After getting recognized for his roles, Lamma was cast in many tv shows like the NBC comedy series, Save me and WeTv drama series, South of Hell.

In 2015, Lamman was cast as one of the lead characters in the Oprah Winfrey Network drama series, Greenleaf where he plays as Jacob Greenleaf.

Lamman Rucker Goes Back To His Art Institution: Promotion of Final Season Of Greenleaf

With the approaching of the final episode of season three of Greenleaf, Lamman made sure to make good use of the occasion of something ending with a new start.

He celebrated the success of the show with Duke Ellington School of the Arts who shaped up Lamman's success as an actor and artist. The actor was more than willing to announce the plan on his Instagram on 14 November 2018.

As an alumn of the institution, Lamman expressed his gratitude and his pride over the fact that he was a part of the school. The institution organized the GREENLEAF Watch Party & Social Forum in its newly renovated building.

Lamman gave an example of the event by supporting his thought of how the institution had different events like this one to help keep the arts program going.

With the final request for donating to the institution, Lamman concluded the caption alongside a huge thanks to his followers.

In 1982, Lamman faced a tragic loss of his younger brother’s passing away. The loss of one of the most important people hit Lamman like a hammer.

Since then, Lamman has never neglected his family, not that he did before, but when people gain fame, they turn a blind eye to their loved ones.

Lamman didn’t turn out like that because he knows the value of staying together with his close ones. He often shares the moments he spends with his family, especially his niece, on social media sites.

You Don't Want To Miss: Calum Scott Is Ready For Dating & Partner After Romance With Boyfriend Ash-ed! Smiles Everywhere: Lamman posts a picture of his niece wishing her a happy birthday on Instagram on 31 January 2018 (Photo: Lamman Rucker's Instagram)

Lamman may have gone through a tough time with his brother’s sudden loss, but he’s never dwelled in the past and has gathered the courage to move forward and succeed in everything he does.

Lamman has never been seen involved with anyone romantically except in the movies and series.

Similar: Braison Cyrus & Girlfriend Engaged To Get Married, Meet His Soon To Be Wife

Well, there were rumors about him dating Toccara Jones when the footage of the two walking hand-in-hand surfaced the internet.

When The Essence asked if those rumors were true, Lamman made it clear that they were just friends and he was just being a gentleman escorting her to her car. He further added,

Naturally, there are always going to be people waiting outside to try and see if they can make something out of nothing. Again, we’re just friends.

Moreover, Lamman’s picture on Instagram with his on-screen wife from the Greenleaf, Kim Hawthorne gave birth to more rumors and baseless speculations.

He had clearly mentioned in the caption about chilling with his ‘TV wifey,’ but people just need a single word to write a book on other people’s lives.

At present, Lamman isn’t dating anyone or intending to bring forth a wife as he is too occupied with his new series. But who knows, he’s already 46, so he might just surprise people and announce the revelation of his fiance and married life like a jack-in-the-box.

#American Actor #Why Did I Get Married? #Toccara Jones #Kim Hawthorne #Greenleaf