Home » News » Braison Cyrus & Girlfriend Engaged To Get Married, Meet His Soon To Be Wife
Share

Braison Cyrus & Girlfriend Engaged To Get Married, Meet His Soon To Be Wife 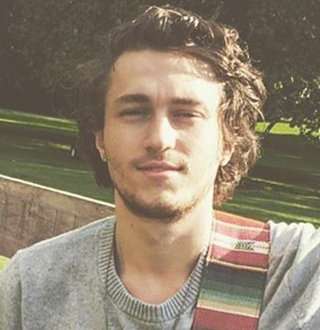 Braison Cyrus all set to walk down the aisle with his girlfriend, Stella McBride!

Christmas is going to be more lit for the Cyrus family as Miley Cyrus’ brother, Braison Cyrus got engaged to his visual merchandiser girlfriend.

Openly expressing his excitement over his engaged status, Braison Cyrus, age 24, announced the big news on Instagram on 23 November 2018 as he posted a series of pictures - one that showed him and his girlfriend sharing a kiss and the other gave a clear view of the beautiful engagement ring.

She said yes. My life has changed in so many amazing ways this year but the most amazing has been meeting and falling in love with you. I love you with all my heart and I cannot wait to marry you (-said by Braison Cyrus on Instagram | 23 November 2018)

You can’t stop awwing over that caption now, especially when the musician has expressed his impatience to get married to his gorgeous girlfriend.

You May Also Like: Cymphonique Miller; Father’s Gigantic Net Worth To Siblings, Height & Facts Get Married Already: Braison and his girlfriend share a kiss while the soon-to-be wife flaunts her engagement ring (Photo: Stella McBride’s Instagram | 23 November 2018)

The aptly-named wife-to-be shared the same enthusiasm as she gushed on Instagram about nothing making her happier than promising forever with Braison. She seconded the eagerness to get married to Braison sharing that she couldn't wait to marry him.

And let’s not forget to talk about the beautiful, unique ring that Braison popped the question with. Rather than a traditional diamond, the Cyrus brother gave his girlfriend an opal engagement ring that embraced a twisted vine-like gold band.

Braison announced the engagement the day after Miley Cyrus celebrated Thanksgiving and her 26th birthday with her partner Liam Hemsworth and her parents, alongside the whole family, making himself the third among his siblings to get engaged.

The millennial musician only became official with his cute dimpled girlfriend 11 July 2018, but the two refer to each other as their ‘best friends.’

Well, everything is all well and good but let’s hope that Braison manages to get married and sail the romantic ship smoothly unlike his brother, Trace who broke up with his ex-fiance Brenda Song after getting engaged for a year.

Anyway, the fact that Braison and his girlfriend got engaged undoubtedly put their recent tragedy to rest as Miley and her fiance lost their Malibu home in one of California's wildfires in November 2018.

While Miley hasn't responded to her brother's big step, there's no doubt that she congratulated him personally and people can't wait for the day Braison and Stella hear their wedding bells.