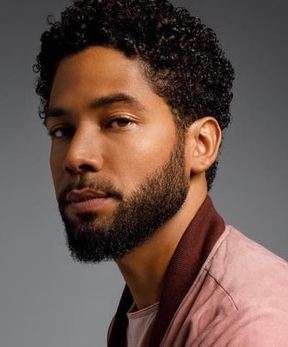 For Joel Smollett (Jussie Smollett), acting came quickly, as he had a long list of siblings he could look up to pursue a career. And looking up to the path that his siblings had set, he made acting his career with inspirations from his mother, Janet Smollett.

The California-native has garnered a lot of fame with his role as Jamal Lyon in the hit Fox television series Empire. Besides that, the TV personality has also managed to win the hearts of music lovers with his amazing singing talent.

Get-In: Justin talks about EMPIRE’s groundbreaking story and his directions (Published on 7 November 2018)

Jussie Smollett (Joel) has won a number of major accolades; three awards in the categories of Outstanding Song for his single You’re So Beautiful, Outstanding Duo, Group or Collaboration and Outstanding New Artist in 2016 at the NAACP Image Awards.

From the tender age of five, Jussie was well acquainted with TV, soon after which he made his first appearance in the Hollywood movie The Mighty Ducks. He got signed for the role of Terry Hall, in an American sports-comedy film The Mighty Ducks where he got the opportunity to work with Emilio Estevez and Joshua Jackson.

Ever since then, Jussie has established himself as one of the prominent figures in the field of acting and music.

Joel Is Not Only The Star In His Family; Siblings Turn Out To Be Star As Well

Jussie Smollett aka Joel Jr. was born to parents Janet and Joel. His parents have different ethnicity as his father belonged to Ashkenazi Jewish whereas his mother is an Afro-American.

He grew up in a large family of seven alongside his five siblings. The siblings have established themselves as one of the most famous sibling groups in the industry inhibiting themselves as actors, musician, model, and chef.

His brother Jocqui is a talented actor, who is famous for his role in a popular sitcom On Our Own of ABC. His other brothers, Jake and Jojo, are also a distinguished personality in their acting and music career.

Besides, the American actor also has two sisters named Jazz and Jurnee who also have proper recognition in their respective field.

Apart from their profession, the Smollett siblings don't compromise to give back to the community. They have been seen voicing against different social causes namely on HIV/AIDS prevention. Recently, The celebrity siblings voiced for the Black Lives Matter Movement based on Black Panther.

His Inspiration Is Mother Janet Smollett

Jussie's mother, Janet Smollett, who lost her spouse in 2015 due to cancer, has been encompassed by the warm affections of her celebrity kids.

Janet Smollett endeavors as the only acting coach of her son Jussie (Joel) and daughter Jurnee.

Get Along: "Salem" Janet Montgomery Dating To Get Married With "Ride Or Die" Hunky Boyfriend

Moreover, she has always been a strength and determination of her children and does not compromise to savor an everlasting chain with her six children.

Although he gets acknowledged for his acting abilities, one thing that he has always felt shy to talk about is his relationship.

But the ultra-private singer and actor gained enough courage to share some pieces about his love life on his interview with Page Six (May 2018), where he stated,

"I’m in a relationship and I’m happy,"

However, he's not revealed anything about his partner as of yet. Looking at Joel's age of 36, it will be fair enough to say that he might be secretly planning a wedding and start a family of his own. Let us hope that we get to see who is the lucky person who has stolen Joel's heart.