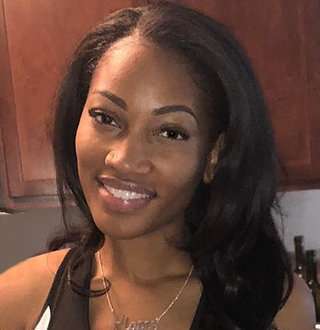 American reality television star, Erica Dixon grasped a tough role at a young age, but her daughter had her going on through every thorn that grew on her path.

Erica Dixon is best known for her appearance in the reality television, Love & Hip Hop: Atlanta that follows the lives of people in Atlanta involved with hip-hop music.

Here are some captivating wikis on Erica’s age, height, ethnicity, net worth, family and her romantic life with a former boyfriend.

Born on 12 October 1983, Erica Dixon, coming from an African-American ethnicity, didn’t have quite a good childhood. Erica grew up in Atlanta, Georgia with her eight siblings who were raised by her uncle and aunt.

You May Also Like: Jeremy Piven, Accused 'Philanderer' Dating Another Super Hot Girlfriend; Who Is She?

As her mother had trouble with substance abuse, the 34-year-old reality star didn’t experience a decent childhood until she was placed in foster care in Hempstead at a young age of six.

When she moved back with her mother, her drug abuse problem hadn’t quite changed. So,  Erica again relocated with her father.

She took jobs like medical biller and coder to support herself through her college days.

Erica was finally freed from the shackles of her struggle when she got selected to join the reality series, Love & Hip-Hop: Atlanta.

Having been a successful television reality star, Erica has collected a decent amount of wealth. According to wiki sources, Erica has got an estimated net worth of $600 thousand.

She amounted great fortune from her appearance on Love & Hip Hop: Atlanta as the series has gained a lot of recognition and fame.

Taking a bold step, Erica launched her beauty and lifestyle brand, Klass6, that brings her a significant amount of money.

She also garners money from her book series, Southern Bell.

Erica had the most extended romantic affair with her former boyfriend and fiance, American rapper Darryl Richardson aka Lil Scrappy.

They even shared a daughter together named, Emani who was born on 29 July 2005.

Read Also: David Sutcliffe Still a Dating Material! The Once Married Actor Aging Like a Wine

The pair met at Atlanta Professional Institute and were together for ten years until they decided that it didn’t work.

The couple ended things and called off their relationship after getting engaged in 2012. Since then, the two have been involved in rumors too.

In 2017, there were rumors of Lil Scrappy trying to get back Erica after dumping his fiance, Bambi Benson. Lil Scrappy even took to Instagram to wish Erica a mother's day. Inseparable Bond: Darryl posts a picture of his daughter and Erica wishing her a mother's day on Instagram on 14 May 2017 (Photo: Darryl Richardson's Instagram)

The pair isn't getting back together as Lil made up with his fiance, Bambi who's pregnant with his baby. But Erica and Lil did put their differences aside because of their daughter.

As a mother should, Erica has done the essential thing, put her daughter above everything else in her life. More Than Family: Erica posts a picture with her daughter on Instagram on 29 June 2018 (Photo: Erica Dixon’s Instagram)

Every time Erica posts pictures of her daughter, she makes sure to fill in the caption with quite the adorable appreciation for her girl.

Emani is already 14 years old today and still living with her mother. Erica and Lil Scrappy both possess child support for their daughter.

Since Erica owns a fashion brand, she was quite ecstatic when her daughter came out of her tomboy shell and tried some dresses and Erica didn’t miss to share the news on Instagram. But overall, despite everything Erica has been through her life, she is a great mom and feels a great motivation to give a good life to her daughter.

But for Erica, her happiness has just been raised to the roof. And so have all her follower's. On 9th January 2019, Erica left the world stunned when revealed to the world that she was pregnant for the second time and that she was expecting twins anytime soon. She posted a picture of her bump along with a long caption that thanked all her loved ones. Her revelations have got all her fans and followers excited and filled with joy. Since the reveal, she has been bombarded with well-wishes and congratulatory messages. However, as per the identity of the father, Erica has chosen to remain mum about that aspect. Rumors claimed that her ex lil scrappy could be the father but that was later dismissed as he already is in a relationship with his fiancee. Another rumor claimed that Erica boyfriend after scrappy, William Gay, whom she dated in 2015 could be the father. She was also rumored to be engaged with Gay. However, all that just remain speculations as of now. Only time will tell who this mystery baby daddy is.