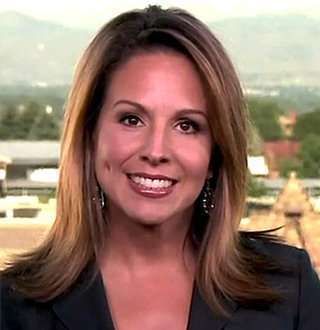 Renowned anchor and news reporter Alicia Acuna is a hardworking lady whose life got struck with the news of cancer when her husband was diagnosed with it. But she didn’t lose hope and continued to be by her husband’s side through thick and thin.

Alicia Acuna is an American journalist who acts as a general assignment reporter for FOX news network's Denver bureau.

FOX News: Alicia Acuna dissects the relationship between North Korea and the US in July 2018 on the wake of Kim Jong Un releasing the remains of 55 US soldiers killed during the Korean war (Published on Jul 29, 2018)

Before joining FOX, she was a weekday anchor and reporter for KSEE-TV in Fresno, California. Furthermore, she was also a weekend anchor for KGET-TV (NBC) in Bakersfield, California where she anchored the 5 p.m. And 11 p.m. newscasts

Alicia, who celebrates her birthday on 27 May, was born as Alicia Boyd in Arizona, the United States of America. She attended Tucson High Magnet School and completed her school education in 1988. Later she earned graduation from the Northern Arizona University with a degree in journalism and broadcasting in 1993.

Acuna began her journaling career at an early age as an assignment editor. During ignition of her career in journalism, she became runner-up for the 1997 APTRA reporter of the year award and even conducted a fellowship at the CBS News national headquarters.

The breakthrough came in Alicia Acuna's career after she joined Fox News Channel (FNC) in 1997, a year after its establishment. She played an integral role in FNC's political coverage.

She covered the first Presidential debate in the 2012 election at the University of Denver in Colorado, as well as the Denver Democratic Convention in 2008. Since then she has been working as Fox New's general assignment reporter based at Denver bureau.

She celebrated her 20th anniversary of joining Fox News in 2017 and is regarded as one of the best reporters in the Fox News network.

The media personality has been a constant feature on the FOX thanks to her accurate reporting and no-nonsense correspondence. Not just that, she has created a niche for herself in the media industry for her brilliant dissection of political events.

She even earns a yearly salary of $63K dollars as a news anchor in the FOX news network. Having been a part of FOX for such a long time it's of no doubt that her net worth is huge as well highly dominated by her earnings from the news network.

Alicia is not only a hardworking and determined reporter but also a strong wife and loving mom.

She is blissfully married to her long-time boyfriend, Brian Daniel Boyd. Though the details of their pre-marriage relationship and the wedding remain confined, it came into the light that Alicia's husband is a cancer survivor. He had suffered from the disease in 2009. Love For Cancer Survivor Husband: Alicia Acuna uploads the picture of husband Brian Daniel Boyd on his ninth year of cancer-free via Twitter on 5 May 2018 (Photo: Alicia Acuna's Twitter)

On 5 May 2018 when she uploaded a collage with her partner and celebrated his nine years of cancer-free health. Alicia wrote,

Today marks my wonderful husband, Brian Boyd's NINTH BIRTHDAY. Nine years cancer free. Your everyday way of living is the walk of a warrior. God, family, and friends are to be thanked for your continued strength, all of whom have played a role. I love you.

She had wished her husband similar wishes in 2017 and the preceding year labeling them as his eighth and seventh birthday in reference to his successful battle against cancer.

Not only with her husband, but also Alicia shares a close bond with her children and family members.

Alicia shares two children from his marital relationship with husband, Brian. In April 2004, Alicia welcomed her first daughter child with her husband and named her Sofia. After two years, their family bliss got enriched by the birth of their son Mario in September 2006.

Alicia demonstrates her affinity with her two children through her social sites and does not forget to wish her 14-year-old daughter and 12-year-old son in their birthdays. Moreover, she timely uploads the pictures of her family glimpses and shares her affection towards them.

On the occasion of Mother's day in 2016, she uploaded an Instagram picture of her mother and two kids and wished them for the special event. Similarly, she went on the road trip with her family to Colorado Welcome Center at Julesburg in March 2017. She currently resides in Pueblo, Colorado with her family since 2012.

Another Biography: 60 minutes’ Lesley Stahl Is Married And Has Daughter! Biography In Detail

Currently, Alicia has kept her Instagram account on private so we cannot get personal updates of her life but we’re pretty sure she leads a happy life with her family together. Besides Instagram, she is very active on twitter and tweets and retweets about various news and political issues.