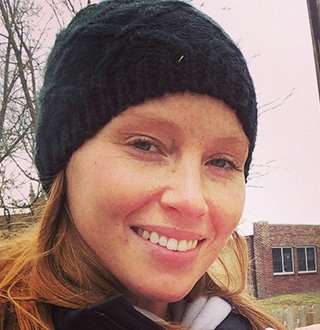 In the wake of data leaks and risking user's privacy, Facebook is rapidly losing users. However, for American reality star, Mina Starsiak Facebook will always be special, not just because it helped her forge a passion-driven career, but also helped her find a partner for life.

American TV personality Mina Starsiak is best known for HGTV's reality show Good Bones. The show, Good Bones is about two women, Mina and her mother Karen, who are involved in buying houses in a dilapidated condition and refurbishing them to a new one.

Good Bones Duo: Mina Starsiak and Mother Karan Laine does a Q&A together (Published on May 23, 2017)

Apart from being a star in TV, she is a businesswoman and a real-estate agent who runs a real estate company--Two Chicks And A Hammer.

Mina Starsiak's Bio: Has Facebook To Thank For Her Career

American native Mina Nicole Starsiak graced into this world on November 26, 1987, in Indianapolis as the daughter of mother Karen Laine and father Casey Starsiak.

Mina is the second oldest child and has a total of 7 siblings (5 step-siblings & 2 siblings of own)  from both of her parent's side of marriage after they separated when she was at a young age. 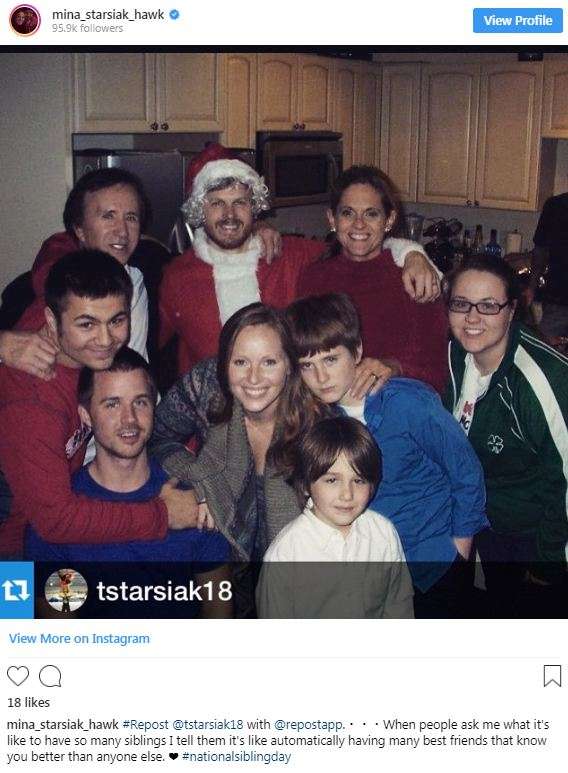 She did her schooling from a local school in Indiana. She majored in Business and Sociology at the University of Indiana.

She started off her career as a real estate agent in 2007 after receiving a contract to renovate a home along with her mother. After the renovation was successful, they opened a real-estate company which became famous.

This caught the attention of casting director of HGTV's Good Bones, who quickly swapped through her facebook profile and was impressed by her work. After a phone call and a successful meeting, Mina and her mother became part of Good Bones and the rest is history.

Know More About: Sunny Anderson, Getting Married With Husband Is Choice - Dating And Boyfriend Enough For Now

Good Bones has broadcasted two seasons till date and Mina and her mother have lapped up adulations and fame from the show. Moreover, the show has also provided a platform for their restoration business and now are one of the busiest restorers in the States.

She has also added more to her net worth, thanks to her success in the show.

Mina Starsiak And Her Mother Sued For Trespassing

Who wouldn’t love to work with someone as nurturing and friendly as a mother? Starsiak is one of the few lucky enough to have the opportunity to work alongside her former defense attorney mom, Karen Laine. Mother and Daughter: Mina and Karen on the set of Good Bones (Photo: CountryLiving)

A mild-mannered personality Mina has never been in any sorts of controversies. However, during the shoot of the second season of Good Bones, the mother and daughter were sued by one of their client's neighbors citing a breach of property.

Despite involving the stars of a famous reality show, nothing about the case has come out.

Who Is The Lucky Guy Mina Starsiak Calls Her Husband?

As with her professional life, the gorgeous and level-headed star's love life also has Facebook to thank for.

She met her future husband through the social platform and fell head over heels in love with a guy connected through mutual friends. After seeing each other for a couple of months, Stephen aka Steve Hawk and Mina Starsiak tied the knot of love together in 2016.

It is common to have misunderstandings between a married couple. The same situation struck between the two lovebirds which led into their break-up for a short while. But the pair sorted the differences out and are now happily married.

Moreover, the couple has been blessed with another member of the family. They were blessed with a baby boy Jack who graced into this world in 2018. The couple has been setting up newer relationship goals with each and every passing minute.

Congrats to the married couple on their new start and a newborn baby!