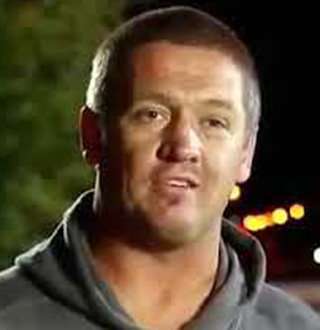 Street racers have been largely stereotyped as carefree people who have no one behind their back because of their love for speed. Many people mostly portray street racers as someone who devotes their life for the machines and not much time and love for their family. However, it's quite the opposite case for JJ Da Boss who makes sure his career does not come in the way of his relationship with his wife and kids.

The Missouri native is a reality television personality and a street car racer who embraced fame after appearing on the Discovery Channel series, Street Outlaws: Memphis.

You May Also Like: Seargeoh Stallone Wiki: Son Of Actor Sylvester Stallone Dating Or Has Wife?

Born on 10 August 1973, as Jonathan Day, JJ went to federal prison and served eight years of time at one point, but nobody knows the story behind it.

Why Is JJ Da Boss Famous On Street Outlaws & Net Worth?

Leading a group of street racers who aren’t afraid to bend the rules to take home the prize can never be an easy stint. Such a job will require apt leadership and coordination strategy from the leader. In the famous Discovery hit racing series, JJ Da Boss leads his team (which also includes his family members) to race and bet together, and the team takes on every challenger from across the country.

JJ's leadership is eccentric and of its own kind. He is quite an obscure person with an exciting background carrying the blood of a racer. In fact, the most charming factor about him on the show is that he has led by example. He has made a name as the fastest man on the streets and he owns several reputed race cars including, Zip Tie, Ole Heavy, and Heifer.

His success can even be traced back to his childhood. He grew up with his friends, racing every car on the streets of Memphis and Arkansas. Now, he is one of the famous street racers in the industry. It shouldn’t take you by surprise to hear that JJ carries a net worth of $1 million.

JJ hasn’t always enjoyed a smooth ride on Street Outlaws. His career took a blow when a street racer named Chad Larkin and his wife accused him of assaulting them with the intention to cause severe bodily harm.

Apparently, JJ reportedly assaulted Chad to the point where he feared for his life. The case is pending as evidence is still being presented to a Grand Jury.

The 'Chad Larkin' assault case comes as a blot in the book for the racer who is considered to be the most family loving person.

The racer has been married to his wife, Tricia Day for almost a decade. His wife, Tricia aka ‘Midget,’ races on the streets with him and she started racing from a young age too. Well, isn’t that lovely?

And the couple has four kids together; three daughters and a son. However, according to wikis, JJ and his wife have raised 11 kids, and the source of other seven kids continues to be a mystery.

Whatever be the number, JJ has never once neglected his beautiful family, and he doesn’t hesitate a bit to give his fans the glimpses of his life behind the show.

The fact that he shares - frequent moments and events with his family - on his social media site helps the fans to stay updated on his life. For instance, fans felt cared when he shared the picture of his two daughters, Vada and Aubrey, on the occasion of their first day at school. Cars Enthusiast Repairs Bike: JJ repairs kids’ cycle, along with his son and daughters, while his father helps him out (Photo: JJ Da Boss’ Instagram | 26 July 2018)

How cute is that? Anyway, JJ might have had some unpleasant moments while hosting Street Outlaws: Memphis, but he now has got his wife and family by his side. No matter whatever may come to attack his happiness, for now, he is living together with his family and his dog, Mark, in his house in Memphis.