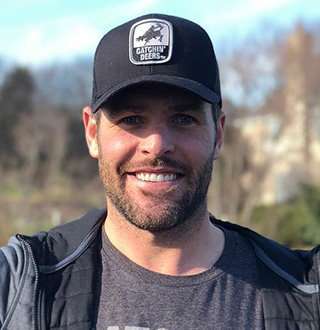 Former hockey star Mike Fisher has always been blessed one way or another. Whether it's having a gorgeous wife or it's the precious moments he spends with his wife and his son. Well, another blessing headed his way and boy, are the fans excited for that.

Mike Fisher is a Canadian former ice hockey center who played for the Nashville Predators, Ottawa Senators and the National Hockey League (NHL).

We have put together some enthralling wikis on Mike Fisher’s age, his retirement from NHL, his married life with wife and the gender revelation of their coming baby.

Born on 5 June 1980, Michael Andrew Fisher grew up playing hockey from a young age in the Peterborough Minor Hockey Association (OMHA) with the Minor Petes program. He soon made his debut with the Senators in 1999-2000 as he recorded 9 points in an injury-shortened 32 game rookie season.

You May Also Like: Taylor Alesia Wiki: Dating Status At Age 22, Has Boyfriend? Parents Info

Mike, age 38, eventually became known for his aggressive style of play and was soon traded to the Nashville Predators in exchange for Stefan Noesen in February 2011.

After his first game with the Predators on 12 February 2011, Mike scored his first goal as a Predator on 17 February against the Vancouver Canucks.

It was in 2012 when Mike was awarded the NHL Foundation Player Award for applying core values of hockey that are commitment, perseverance, and teamwork. He was eventually named the sixth captain of the Predators in September 2016 after the trade of previous captain Shea Weber the Montreal Canadiens.

Yeah, he garnered a nasty fortune from all the contribution; in fact, he never earned a salary less than $650,000 which is why his immense net worth has been estimated to be $30 million.

And after years of playing, Mike announced his retirement on 3 August 2017 from the NHL but on 31 January 2018; he corrected his announcement by stating that he would end his retirement to help the Predators run for the Stanley Cup.

And a few days after the Predators got eliminated in the second round of the playoffs by the Winnipeg Jets, Mike announced his re-retirement on 12 May 2018.

Like most couples these days, Mike and his singer wife, Carrie Underwood were set up by mutual friends, and the two first met backstage at one of Carrie’s concerts. Mike and his wife were both swooning over each other, but their careers and long-distance kept them apart.

Read Also: Tytyana Miller Wiki: Age, Parents To Movies & Net Worth - All There Is

They talked on the phone regularly to make up for the lost time, and it was three months later on New Year’s Eve 2008 when they had their first official date. Never-Ending Love: Mike and his wife smile for a picture as they treat themselves to date (Photo: Mike Fisher’s Instagram | 28 August 2018)

It had been a while in their relationship when Mike finally dropped on one knee in front of his wife on 20 December 2009. She said yes, obviously and the pair pronounced their wedding vows the next year on 10 July 2010 at the Ritz-Carlton resort on Lake Oconee, Georgia.

Although married, they had to sacrifice their time a lot because of their demanding career. A gossip magazine even claimed that the two were opting for divorce. But Mike was pretty quick to dismiss the divorce rumors saying, ‘We’ve never been better.’

Throwing a massive rock into the divorce rumors, Mike and Carrie (age 35) had another news. Five years into their married life, Mike and his wife were blessed with their first baby boy, Isaiah Michael on 27 February 2015.

Isaiah is now three years old already and goes on tour with Mike’s wife as he hangs out in her dressing room. How Cute: Mike Fisher posts a picture with his son as he teaches his son the art of archery on Instagram (Photo: Mike Fisher’s Instagram | 3 June 2018)

They absolutely adore their son as he makes the family glow with his presence. And while Mike and his wife never miss anything regarding their son, they do their best to be present in his life.

But seems like Isaiah has to share some part of his parent's love as the couple is excited about adding another member to the family; they revealed the gender of the baby as well!

It was on 8 August when Mike’s wife, Carrie announced that they were expecting another baby as she posted a video on Instagram. It was quite adorable as she was acting all giddy while announcing her pregnancy.

Mike and Isaiah and I are absolutely over the moon and excited to be adding another little fish to out pond. (-said by Carrie Underwood on her Instagram video | 8 August 2018)

And the couple finally revealed the gender of their baby on 15 November 2018. It’s another boy! The huge reveal dropped during the opening of the 2018 CMA Awards on 14 November 2018 when Carrie complimented her longtime co-host, Brad Paisley.

Brad was poking on Carrie to reveal the baby’s gender as he asked, ‘Seriously Carrie, give me a little baby hint? Johnny or June? Keith or Nicole. Garth or Trisa. Tim or Faith. George or Tammy. Waylon or Willie?’

Carrie finally gave up and confessed that it was, in fact, a Willie. That was quite an unusual way to reveal the gender of the baby. Anyway, the couple is preparing for another son and his coming adventures in the family.