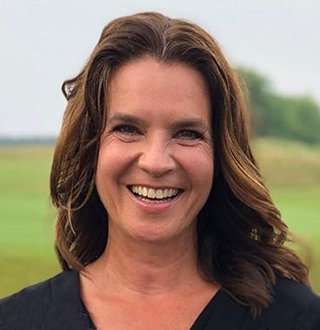 Former German figure skater Katarina Witt has not only had an amazing career in figure skating but she has also used her prominent position for the good of humanity. Not only is she a multiple award-winning figure skater but she is also a social worker in her own sense. She has been involved with a number of charities, often donating sums of money for the good of a cause. She has never been shy in expressing her true opinion out to the public. After the retirement, she made various on-screen appearances such as portraying Cameo in the 1996 comedy-drama sports movie, Jerry Maguire, and a judge in the British television show, Dancing on Ice in 2012.

Katarina was born in German family on 3rd December 1965 to parents Manfred Witt and Kathe Witt. She grew up in Staaken, East Germany with her family that includes her brother Axel Witt.

Katarina made her first major international appearance at the age of 14 on the 1979 European Championships, where she finished in 14th rank.

At the age of 29, she bid goodbye from figure skating in 1994. For her remarkable achievement, she was inducted into the World Figure Skating Hall of Fame in 1995.

Post Figure Skating Career; How Much Is Her Net Worth Today?

After the two years of retirement, she appeared on a movie, Jerry Maguire and CBS sitcom; Everybody Loves Raymond in 1996. She landed a small role on action thriller film Ronin and played a villain on the episode of action comedy-drama series, V.I.P.  Since the year 2012, she has been working as a judge for the British television show "Dancing On Ice".

In 2005, she published a novel, Only with Passion that spans advice to a fictional young skater based on her many years of experience in skating.

Achieving the height of success at an early age, today, Katarina is considered as one of the most victorious athletes in the world. With the popularity, she has also accumulated the remarkable net worth from her long span career.

You May Like: Tia Torres, Husband & Their Kids! Wiki On Age, Net Worth, Married Life

With the earning made as an athlete and from on-screen appearances, she today enjoys the net worth of $9 million.

Katarina holds several names in her dating diary. At the age of 18, she was dating her 25-year-old boyfriend, who was the drummer in a rock band.

As the authorities believed that her boyfriend might affect her concentration, the relationship came to the full stop.

Katarin also dated, Richard Dean Anderson, the star of the former television series, MacGyver but their long-distance relationship did not work well.

Afterward, she found a new dating partner, Marcos Hermann, a Berlin-based publicist, and pop group manager. They began their relationship after their first meeting on a blind date in 1996.

However, their relationship also did not work as it came to the light that Katarina had her dream husband, Dave Hoffis in 2002. They were seen cuddling together in the Transport Museum and Borchardt just to end their relationship later.

The other named her dating partner incudes  Christian Schertz and Andreas Rüter.

Is Katarina Witt Married With Husband?

Over the years, Katarina Witt has been linked with a number of men and the possibility of her being in a relationship center around the news that she is in a relationship with someone. But Katarina has always been the first to dismiss any rumors that link her to a possible relationship.

Being married, having kids and starting a family may sound a wonderful thought. But for Witt, it seems she has not yet decided to get married and settle down. She has never spoken about her relationships past or present and has never bee seen posting anything that hints at a possible relationship. Instead, she focuses her time and effort in helping the ones in need through her various charity works.

On the occassion of Valentine's day in February 2018, she wished her followers attending PyeongChang 2018 Olympic Winter Games through an Instagram video.

As of 2019, the 53-year old Witt is yet to get married. Only time will tell whether she ever decides to finally get married and settle down.