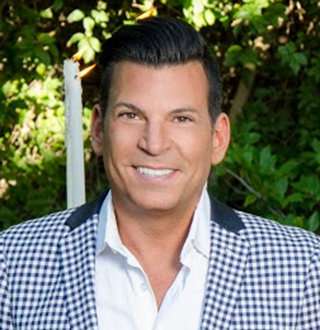 While American wedding planner David Tutera often planned the grandest events for his clients, it was feasible for people to expect a lot more from his own wedding. So how did he exceed those high bars of expectations in his wedding plan?

David Tutera is recognized by many for hosting WE TV’s show, My Fair Wedding with David Tutera (now David Tutera’s CELEBrations) where he helps celebrities plans events.

Panic Everywhere: David and his team try to pull everything together for the launch party of Zendaya’s new shoe collection, Daya by Zendaya on his show, Devid Tutera's CELEBrations (Published on 27 April 2018)

You May Also Like: Is Greg Amsinger Married And Has Family To Show? His Personal Life

As a planner for all, David has designed events for charities that include Prevent Cancer Foundation, DIFFA (Design Industries Foundation Fighting AIDS), the Alzheimer’s Association, and The Nature Conservancy.

David Tuter's Artistic Eye That Made Him Fancy Wedding Planner

Born on 23 April 1966, David Tutera had a knack for making everything artistic from a very young age and his florist grandfather was his biggest supporter, encouraging him to pursue his passion.

And it wasn’t long before David launched his event planning business at the age of 19 taking the advice of his grandfather.

Honing his ability and skills of transforming a boring event to a dazzling environment where people genuinely enjoy themselves, today David has taken the chair of the award-winning company, House of Brides made from dedication, experience while his existence has overlapped with elegance, creativity, and style.

While he plans weddings of celebrities, David focuses on their wedding dresses as well as he wants to bring the most out of the themed event.

Being an expert in the field of planning as well as designing, David has dropped his own line of jewelry collections, Embellish by David Tutera and shoe collection, David Tutera Shoes.

His collections endear personalities that match and compliment the wedding dresses, and you bet they are as grand as they sound along with prices that would widen your eyes (they’re apparently affordable).

No wonder David carries the estimated net worth of $6 million.

David Tutera Stepped Up His Second Wedding With Husband

After planning weddings for everyone else, David had his own wedding to prepare for the second time with husband, Joey Toth on 1 April 2017.

Well, that was certainly an unusual date to pick for the wedding; imagine what would have happened if people hadn’t attended the event thinking it was an April Fool’s prank.

Keeping the hypothesis aside, David sure did put forward grand planning for his second wedding. In case you’re wondering, the openly gay TV star was previously married to Ryan Jurica for ten years but separated, shortly after their surrogate became pregnant with twins.

They decided to raise their twins separately; David has custody of his daughter, Cielo while Ryan is raising her twin, Cedric.

Coming back to the topic of David’s second wedding with Joey Toth, they had a lavish, black-tie ceremony in downtown Los Angeles. Initially, the two were going to do a 60 person destination wedding, but when the expectations started to grow from guests and the media, they had to step their game up.

David and his partner tied the knot in an extravagant ceremony, that led to the guests proceeding to luxurious Millennium Biltmore Hotel with the 1920s Old Hollywood feel.

The ballroom was a clean palette of wall-to-wall white carpet with the expanded decor of whites, blacks, and embellishing of metallic gold.

With a custom-made black and white show-off dance floor, the wedding venue was filled with 20,000 roses and multiple liquor bars.

Now that is a game-changing wedding plan. As big as the wedding might have been, David and his husband share a much bigger love for each other and their daughter, and that's what's important.