Long Lost Family's Chris Jacobs Married Status, Gay Or Has Girlfriend? Adoption Story Of His Own 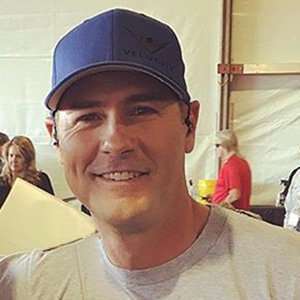 Chris Jacobs was chosen to throw the first pitch when the Chicago Cubs played against LA Angels. He, however, not only threw the first pitch but also stood on his knees, leaving the audience with a long-lasting memory.

Television personality, Chris Jacobs has been active on the silver screen for several years. His big break was with a television show named Overhaulin’ released in 2004. Currently, he is the host of Long Lost Family on TLC which premiered on 6 March 2016. See Also: Michael Shure Bio: Family Man With Wife Plus His Height And Net Worth

Before his immense success from Overhaulin’, he was active as an actor in CBS sitcom, Two and a Half Men.

Chris later turned towards anchoring and became the co-host of Overhaulin’ remaining in his position until the show went on a break in 2008. He then co-hosted CBS defunct syndicated newsmagazine television program The Insider with Lara Spencer from 2009-11.

After the end of The Insider, he was announced as the correspondent for the syndicated night entertainment newsmagazine, Entertainment Tonight on 5 March 2011.

He worked with ET for two years after returning to Overhaulin' for its sixth season. In 2013, Jacob became the weekend presenter for the NFL Network hosting various live events.

The following year he began co-hosting Barrett-Jackson Auto Auctions, the world's greatest classic car auction. In 2015, he started working for Long Lost Family and has been hosting the hit TLC show alongside Lisa Joyner ever since its inception.

The series features the personal stories of people, who are desperately searching for family members after years, and also in some cases, a lifetime separation.

Both adopted Chris and Lisa, who shares the personal experience of tracing their own biological family members, focus on two different stories in an effort to resolve the lifelong searches of the participating parties.

Chris would be hosting the new season of the reality television series alongside the regular co-host, the Emmy Award-winning journalist Lisa Joyner.

On 11th of September 2018, he announced through his Instagram about the starting of new episodes of the series in October.

Unites With Biological Mother After Adoption

Born on 30 January 1970, Chris grew up in northern suburbs of Chicago. He has three brothers and two sisters. But his family information is quite sacred and private.

In one of his Instagram post, Chris hinted to his fans that he was adopted but still shares a close connection with his birth mother.

In an interview with LifeStyle in December 2017, he mentioned that he was adopted at just 22 months and tried to reconnect with his biological mother at the age of 22. He also expressed his feelings about missing his late father who passed away on 26 March 2014.

He attended the New Trier High School in Winnetka, Illinois and then Cranbrook School. Later he moved to California and joined Whitter College, earning a bachelors degree in English. He graduated from the Western State University of Law.

As the host of Long Lost Family, Chris has been reconnecting long-lost relatives. He took inspiration from his own adoption story for the pilot of the show and over the years has contributed to joining numerous departed families.

He has been a part of multiple heartwarming tales of meeting up loved ones after a long hiatus.

One such story of a gay man stood out from them all. Daniel had a one night fling with a woman before coming out as gay and leaving her alone.

However, 30 years after the night, Daniel came out to know that he had impregnated the woman with a daughter and met her with the help of Chris.

It was not the only tear that he helped shed as he had a fateful incident with his girlfriend in 2016.

Chris Jacob as a famous Chicagoan was chosen to throw the first pitch in a Chicago Cubs game in 2016 for the MLB season. And in front of more than 40,000 fans watching at the stadium with millions watching from home, not only did he throw the pitch but also asked his girlfriend, Ivy Teves, to be his wife.

He took on his knees and popped up the ring leaving his wife-to-be and all the viewers all around the world gushing.

Will you be my life partner?: Chris Jacobs proposes his girlfriend Ivy Teves in front of the crowd at Wrigley Field in 2016 (Video: Youtube.com)

Chris got down on one knee and proposed her with an 11/2 carat princess cut ring with a beaming Ivy saying 'Yes.'  In an interview with Chicago Tribune in 2016 she described the whirlwind proposal saying:

I was in shock. I couldn't even comprehend what was happening at that point. I just cried and said yes.

For Chris, it was love at first sight and the way he explains it is even more cuter. In the same interview he said:

It was pretty much the old cliche, love at first sight. We went on the first date and have been together since.

They are also enjoying their romantic relationship by visiting various sites together. In May 2017, the couple went to Mamas Fish House Restaurant, the world-famous restaurant on Maui's North Shore in Hawaii and enjoyed the location and food.

Similarly, they enjoyed a party together with their friends in October 2017.

As of present, the couple is happily engaged. Although the couple has not yet married, it is safe to say Chris might surprise the audience with marriage news as like the engagement proposal.