What Is Linsey Davis Age & Who Is Her Husband? Bio & Unknown Facts

Media
by HM Writer Last Updated:  December 09, 2021
ABC’s Linsey Davis is a wonderful wife and mother who follows a tradition of... professional career started in 2001 when she served as... earning an estimated average salary of...she is happily married to her husband... who is the inspiration behind her best-selling book...

ABC News reporter Linsey Davis is an American newscaster and correspondent. She started her career as a reporter for the ABC affiliated WJRT-TV in 2001.

After few years, she started working for WTHR-TV. There she reported on Hurricane Katrina in New Orleans, the 2006 Winter Olympics from Torino, and the 2004 Summer Olympics from Athens.

She got her big break in the industry after joining ABC News in 2007.

Davis, who has an Afro-American ethnicity, was born on 21 October 1977 in Pennsylvania. She, alongside her older sister, grew up with her parents Ronald Davis and Beverly Davis. Her parents have been married for over fifty years now; they tied the wedding knots on February 1, 1969.

Linsey's parents were both school teachers. Her father taught Maths while her mother taught English. Later, her father, Ronald, opened his own construction company and left teaching. Meanwhile, her mother retired from the profession.

Educated by her parents in her childhood, Linsey went to Moorestown Friends School. Later, she earned an undergraduate degree in Psychology from the University of Virginia. She completed her master's degree in Communications from New York University.

She is also an anchor for ABC News Live Prime. On Feb 2021, she, along with Whit Johnson, was handed a new anchoring role for ABC's World News Tonight.

Find Out: Forrest Sawyer Bio: Married Life Status Now Plus His Net Worth

The two times Emmy-winning journalist is also an author of children's books. To date, she has penned three books.

Parents a Son with Husband, Paul

Linsey Davis is married to her husband, Paul Roberts, since 2013.

The couple’s wedding ceremony took place at the Oheka Castle in New York. Davis dressed up in a long off-shoulder white gown while her husband donned a black suit for the special day. 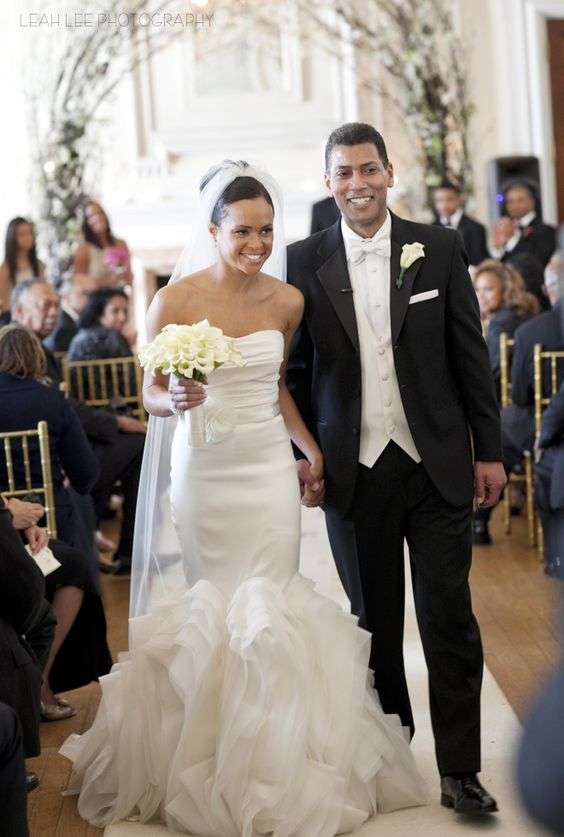 A year after the wedding, on March 29, 2014, the couple gave birth to a baby boy and named him Ayden.