NBC Laura Garcia Age 49 Married Life Not What It Looks Like, Here's Why 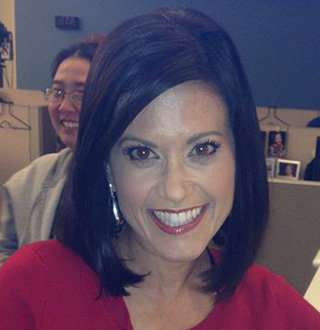 Living on the daily dose of caffeine and using dry shampoo as a morning rush rescue to deliver news to her viewers on time -- Laura Garcia is a multiple Emmy award-winning American Journalist. She is well-known for her current position as the weekday morning news anchor for NBC Bay Area.

Raised in Porterville along with her three siblings, Laura Garcia was born on 5 March 1969 in the family of parents Mike and Ruth Garcia. Her family was the owner of the old Cassidy's Shoes on Main Street (currently closed down) with six stores around the valley.

She attended St. Anne's School and graduated from Monache High School. An enthusiastic member of Youth in Government Club at Monache, it was in high school where she discovered what she wanted to become. Following her dreams, she joined Saint Mary's College of California in Moraga and graduated with a Bachelor of Arts Degree in Communications and Government.

The ambitious Laura started off her broadcasting career as a reporter and anchor at San Francisco. Then she went onto work for KFSN ABC 30 Fresno, California from 1993 to 1995.

After Fresno, she moved to Phoenix, Arizona to work as an Investigative Reporter for KPHO CBS 5. Finally, from Arizona, she moved to Bay Area in order to join NBC. Currently, she anchors NBC weekday mornings, NBC Today In The Bay and NBC Midday In The Bay. As a reporter for NBC earns an average estimated salary of $67,407. Over the course of her career, she has gathered several accolades on her name -- The Associated Press Reporter of the Year Award along with multiple Emmy and AP awards for writing and reporting. She was also recognized with a Best Daytime Newscast Award for her work at NBC in the Bay Area by the Bay Area Women in Radio and Television.

Focusing more on her personal life, she was once happily married to her husband Brent Cannon Schweigert who currently serves as a content marketing manager for DocuSign.

The couple met during their time at San Francisco covering news from different network channels on the same story. After meeting, they fell in love and made height of news by getting married in 1997. The adorable pairs were not only partners in love but also partners in their profession as they worked as co-anchors together for their NBC Morning Show. Family of Five: Laura Garcia poses for a picture with the World Series trophies at NBC SF beside her husband and triplets (Photo: Brent Cannon's Facebook| 7 January 2015)

After twelve years of marriage in 2009, they welcomed not one but three bundles of joys into their family as well. They gave birth to the triplets Katherine, Claire, and Jack!

Victim of Domestic Violence, Laura Garcia Divorced Her Husband -- Anyone New In Her Life?

Nothing is always as it seems. And it was the same for the marriage between Laura and her husband which looked perfect from the outside in the happy pictures they shared with their family.

However. the couple had a difficult relationship and after going through an abusive relationship she separated from her husband in 2016. She charged her husband on the counts of physical abuse and domestic violence. After the divorce, the single mom was rumored to be dating her co-worker Scott Mcgrew. But she made it clear on Twitter that there was nothing between them. But in fact, she has a boyfriend in her life who is still a mystery to the world!

Hope Laura finds her faith in love with her mysterious new beau!