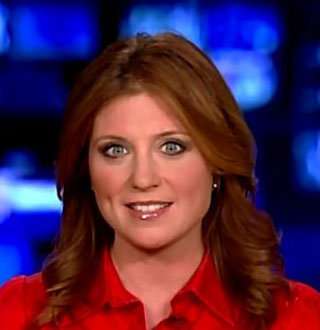 American Political Reporter Erin McPike is a woman who stresses on following her dreams. From dreaming about writing best-selling books to award-winning screenplays, she has a clear plan on what she wants. However, when it comes to the man behind her dreams, she has remained pretty silent.

Erin McPike is an American news reporter and journalist who currently works as a partner for Swan Street Strategies which provides media training and coaching.

CNN: Erin McPike delivers news as a reporter for CNN (Published on 21 February 2013)

She is also the lead correspondent based at the White House for the Independent Journal Review now having previously worked as the national political reporter for the RealClearPolitics.com CNN.

Discover: Jane Pauley Up Close: Family Life With Husband And Children At Age 67

Over the course of her career as a journalist, she has worked with several news networks including CNN as a general assignment correspondent, NBC as a campaign reporter and National Journal as a political reporter.

Born on June 28, 1983, in Cincinnati, Ohio, Erin Kathleen McPike graced into this world as the daughter of Richard and Amy McPike. She grew up along with her family members and a brother Jonathan McPike.

McPike enjoys a cordial relationship with her family members and often shares her family moments through tweets. After college, she started her career in journalism as a writer for the National Journal but soon moved to NBC as a campaign reporter where she reported on Mitt Romney’s first primary presidential campaign in 2008. She also covered the 2010 campaign cycle as a political reporter for National Journal.

After gaining required experiences and success in the field of journalism, she stepped into CNN as the national political reporter on RealClearPolitics.com in 2012 and a year later worked as the general assignment correspondent of CNN based on Washington D.C.

She has marked herself as an established reporter in the world of journalism and definitely enjoys a huge net worth with an annual salary of $100,000.

Why Did Erin McPike Leave Journalism?

Despite making big progress in a short span of time, Erin surprised all her fans when she announced that she was leaving journalism for a period. In March 2016, she stepped off from her roles with CNN.

In an interview with The Hill McPike stated that the want of pursuing other dreams and writing was the reason she had decided to leave CNN. She further added, she had numerous writing ideas in her mind:

I have several books and an award-winning screenplay rattling around in my head. I just have to write them down.

She clarified that the break would be a short one, and that was what it was. In 2017, she was back into mainstream media when she was assigned as the Lead coverage correspondent for Independent Journal Review, a position she has held on till date.

As much we know about her achievements and success professionally, she has always left her personal life hidden behind the curtains, which has put the fans' curiosity about her married life esp her husband in the dark.

Find Out: Jeff Greenfield, Married With Wife And Family; Third Time A Charm?

As per our knowledge, the gorgeous reporter who stands at the height of 5 feet and 4 inches is currently single. However, it does not mean she is alone as she has her family and works to keep her occupied.

Moreover, for someone who dreams of writing an award-winning screenplay, she must have a clear plan of when to get married. And it could just be that she is on the hunt for a special man to turn her husband.

Until she finds her perfect husband, it makes two things we are eagerly waiting--her academy winning screenplay and her acceptance speech thanking her husband!