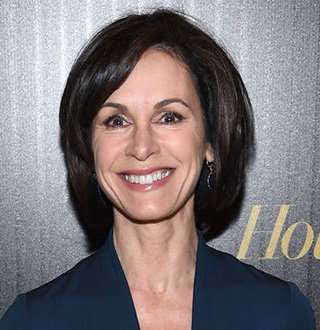 It does not take long for the most romanticized act to turn monstrous when one fails to draw a line between addiction and habit. American news anchor once failed that very lining but fought her way back to being sober. However, her impressive net worth speaks for her somersaulting recovery.

The New Jersey native gained significant recognition when she joined ABC's Good Morning America. She also hosted 20/20 and World News Tonight for the network along with the channel's special news edition.

Goodbye ABC: Elizabeth Vargas has left her position after 14 years as co-host of ABC’s 20/20 as she signed an overall deal with A+E Networks (Published on 18 April 2018)

With a splendid professional experience at ABC, the journalist has stridden to pursue her production project with A+E Networks for its nonfiction production.

Her father, Rafael Vargas was a U.S. Army colonel of Puerto Rican descent, while her mother Anne Vargas was of Irish-American descent giving her a mixed ethnicity.

The idea of journalism as a career came early to the 56 years old veteran anchor as referenced by her Journalism degree from the University of Missouri.

The aspiring journalist initially worked for CBS affiliate in Chicago before switching to NBC in 1993 where she was a part of Dateline and Today. Her career saw meteoring success when she joined ABC in 1996.

Elizabeth Vargas From Alcoholic To Recovery

The career was at its heightening pace when Vargas went down on a boozy high. She engrossed drinking socially until she hit rock bottom in 2014, the year she realized her inclination to an alcoholic era.

Her roles in life came down to fragments nearly getting fired from ABC. There was no place for an alcoholic employee irrespective of the feats she overcame as a reporter during her sober age.

That is when she felt the urge to quit alcohol and enrolled in rehab and by 2016 she came clean, away from her fancied bottle of booze.

The recovered alcoholic reflected on her journey to recovery in September 2016 when she sat down to talk in ABC’s 20/20. Story Time: Elizabeth Vargas talked about her long battle with alcohol and her road to recovery in ABC's 20/20 (Photo: abcnews.go.com)

She wrote down about her journey in the book Between Breaths: A Memoir of Panic and Addiction. What better way she would have shared the experience than to publish a book out of it.

Elizabeth Vargas Married Life With Husband Break Down To Divorce

The pair tied knots in 2002 and their married life blessed them with two sons; eldest Zachary Raphael Cohn born on 31 January 2003, and youngest Samuel Wyatt Cohn born on 16 August 2006.

When the mother of two came out as an alcoholic and joined rehab in hopes of getting her sober life back, her husband had already given up on her.

No later than she came out of rehab in 2014, she signed a brutal divorce with former husband Marc. She was left alone with children from estranged husband to take care of.

The veteran journalist couldn't manage to save her marriage vows from prospective odds of alcoholism. But one thing she managed to keep up is her net worth of $6 million and a salary of $750,000 from ABC.

However, she no longer will relish a salary from the network because she has signed a production deal with A+E Networks' nonfiction series A&E Investigates, slated for 2018.

The chances are, she might make out a hefty value from her newfound gig which will eventually contribute her net worth accumulated throughout the career.