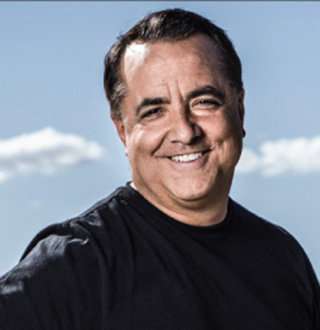 American radio host Dori Monson has spent decades working in the radio network. Along with his career, he has also taken his love life hand to hand for three decades with his wife.

The Seattle native is an American news reporter and radio personality who is best known as the host for Dori Monson Show, an afternoon talk Seattle based radio show on KIRO-FM.

Besides the self-titled show, he also hosts the pre-game, post-game, and halftime shows on the Seahawks Radio Network. He is also a basketball coach.

Born and raised in Ballard, a Scandinavian ethnic enclave, belonging to an Icelandic heritage, Dori Monson was born on 2 October 1961.

He graduated from Ballard High School and later graduated from the University of Washington where he was the play-by-play announcer for Husky football on-campus broadcaster KCMU-FM.

His professional broadcasting career started as a producer at KING-TV and sports reporter at KING-AM. Then he moved to KIRO as part of the Pat Cashman Show and later reached heights of his career in 1995 after landing his own Dori Monson Show, a political talk program on KIRO-FM.

In 2002, he became part of the Seahawks Radio Network and hosted Hawk Talk, a day-of-game broadcast.

What Is Dori Monson’s Net Worth?

Working as a radio host for more than twenty decades Don surely has accumulated most of his fortune from it and boasts a big net worth (unknown). Currently, he has an incoming salary from two radio networks, KIRO-FM, and Seahawk Radio Networks.

According to PayScale, as a radio host, he is estimated to earn an average salary of $44,391.

When it comes to his love life, it’s quite a sweet one! Dori is married to his wife Suzzane since 1985 for 31 years. For the couple’s 30th anniversary, he shared the most adorable lines for his wife, wishing her a happy anniversary on KIRO-FM.

Words of Love: Dori Monson shares some lovely words for his wife on their 30th Anniversary (Photo: KIRO radio)

Dori and his wife dated each other in 1983. He picked her up at the AGD house at the University of Washington for a sorority dance and ever since they’ve been dancing their way together in this journey called life! He is blessed with three daughters, and like him and his wife, his two daughters are also students of the University of Washington. His oldest daughter is already married now

Dori Monson Got Rushed To ER While On Vacation With Family

In 2013 when Dori decided to take a vacation at Scottsdale Arizona with his wife and daughter before the marriage, he suddenly fell ill.

And after he reached to his vacation spot, he had to be rushed to the ER where it was declared that he had an appendix with a bad infection spreading everywhere.

Well, thank god it wasn’t very serious as he is fit and healthy for now!