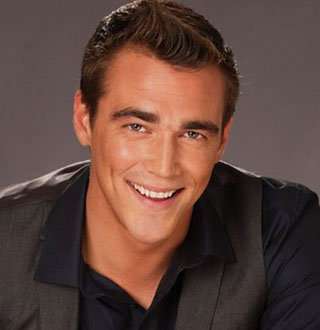 Who would will to thrive on his own when he has effortless fame handed down from his legendary grandfather? The answer is Clark James Gable.

The American TV presenter is striving to make a presence on his own. He is known for hosting the nationally syndicated show, Cheaters from 2012 to 2015.

Career Height: Clark James Gable was seen on Access Hollywood talking about his experience while unveiling the cheats in the show, Cheaters (Published: 16 March 2016)

The aspiring actor also doubles up as a model and is a sought-after face among the biggest brands of fashion. He has a record of modeling for reputed brands like Prada, Chrome Hearts, Disney and Converse.

Belonging to a family of fancies, the former Cheater host was born in 1988 in Malibu, California and he celebrated his 30th birthday on 20 September 2018.

The model is the only grandson of Oscar-winning actor, William Clark Gable, who is no more alive but remembered as “The King of Hollywood”.

His father, John Clark Gable has not made a significant impression in the entertainment industry, nor did his mother Tracy Yarro. But they managed to give birth to a son to continue the family legacy and follow in the footsteps of legendary grandfather.

Clark shares his parents with an older sister Kayley Gable, who is also into acting.

The handsome model stands at a height of 6feet and 2 inches and carries popularity is in his blood, inherited down in the family just like his own name, Clark Gable III.

How Much Net Worth Has Clark James Gable Clutched In His Career?

The young man’s modeling career started as early as a 5 years old and now he is an established fashion model in the industry with the first-hand experience of working with the designer of dream including Vogue, Prada, Disney, Converse and so forth.

The aspiring actor studied acting at the New York Film Academy. No later after the completion of his study, he signed his first major motion picture based in Italy.

The actor entered the American Television in 2012, as a host of Cheaters. He replaced Joey Greco and remained in the show until 2015.

With so much achieved at 30, he must have blissful net worth. But the values are not disclosed yet. However, his late grandfather had a net worth of $100 million, dominant value over his father’s total worth $5 million.

Anyways, the worldly assets would worth a cent compared to what he was gifted in 2018.

Back in 2012, the hunk hinted he had a woman in his life. And the woman’s name was later revealed to be Summer. The pair's romance is now in its fourth year and is growing stronger by the day.

Clark considered himself to be lucky for having Summer in his life. And he must be on cloud nine after Summer added a new sunshine in his life by bringing into the world a beautiful baby girl on 6 September 2018. The loved-up couple named the baby girl, Shore LaRae Gable. With a new addition in the couple’s prospective family, the chances of their marriage have increased. They are occupied with the roles as father and mother for now and they look adorable. And the couple's fans have been hoping the new father will soon walk down the aisle with the new mother, to be pronounced man and wife.

Father role fits so well to the actor. And it seems as if the new father is already on his way to be another version of his own grandfather to his future grandkids.

Life has a bitter way of ending things. Full of uncertainties, a moment of joy could in no time turn into a moment of absolute disaster.

On the 22nd of February 2019, actor Clark James Gable was found unresponsive in his home by his fiancee. He was later pronounced dead at the Presbyterian Hospital in Dallas. The cause of his death has no been confirmed by an autopsy but details from his sister and mother revealed that Gable had been struggling with addiction for a long time.

It seems his addiction could be the possible reason for his untimely death. News of Gable's death was confirmed by his sister Kayley Gable and later by Variety.

5 months after the birth of his daughter, Gable sadly left his daughter unable to identify her father as the man he truly was. A tragic ending to a happy story.