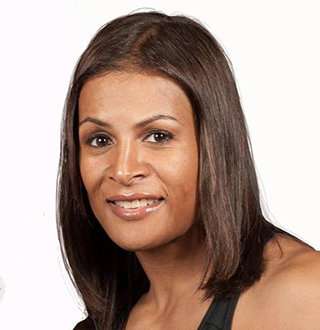 Never had anyone ever looked the adversity in the eye and dared to overcome it like retired American MMA fighter Fallon Fox. In the world that was not ready to accept her for who she was: a transgender woman, Fallon had to fight against her family, her sports peers, and most importantly her own inner demons to establish herself as a name to be reckoned with.

The Ohio native is the first openly transgender woman fighting in the women's Mixed Martial Arts (MMA). She is also known by the controversy she stirred in the martial art community about whether a biologically born-male should be allowed to fight in the women's games.

Women's MMA: Fight between Fallon Fox and Ashlee Evans-Smith, the only major MMA fight Fallon has lost out of total six games (published on 28 June 2015)

Fallon lived as a heterosexual male for most of her early life. She was even married to her then-girlfriend at the age of 19--and has a daughter.

Fallon Fox Early Bio; Was Confused About Her Sexuality Since Age 6

On 29 November 2018 Fallon Fox was born as Boyd Burton in Toledo, Ohio. Although physically a male, Fallon was psychologically confused about her sexual orientation from an early age of six—something that happens to most Trans-people.

You Might Also Read: Is Alan Bersten Gay? ‘Dancing With The Stars’ Pro Affair Records Reflect

Initially, she thought she was a gay male, not really knowing what transgender meant. Only at the age of 17 did she learn and understand about transgender people and started to think herself as one.

Continued Struggle Against Sexuality, Family, Couldn't Accept Her For Her

Growing up in a conservative Christian household, Fallon was struggling, psychologically, because of her sexuality.

When she came out to her family, they thought she was a gay male, and thus sent her to gay-transition therapy. But contrary to her parents' intentions, Fallon became more sure about being transgender during her time in the therapy.

After sexual issues were solved, Fallon started to pursue her dream as a fighter. But the phantom of her sexuality came to haunt her again.

By then she was fighting in women's MMA, but no one knew she was a transgender woman. After only her second professional fight, in 2013, she had to come out because a reporter threatened to expose her.

On the aftermath of her coming out, a controversy stirred on whether someone who was born as a male should be allowed to fight in a woman's game.

According to critics, since she was born as a male, she was biologically advantaged than other women, and thus should not be allowed to fight.

It was one of the most difficult time for Fallon, surrounded by criticism and bigotry. But the love of her partner, Amy Pierson, helped her get through that difficult time. 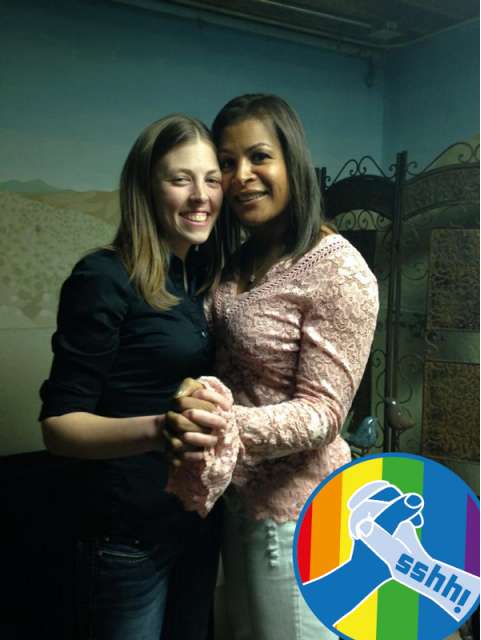 With Partner: Fallon Fox and her partner Amy Pierson; Amy supported Fallon during the controversy surrounding her (photo: autostraddle.com)

Eventually, Fallon was allowed to fight, and she went on to make successful records. Out of six professional matches she played, she has only lost once.

In her last match against Tamikka Brents, she destroyed Brents, even fracturing her skull. This dark-record might have prompted Fallon to be retired.

Since her retirement, Fallon is involved in LGBT activism to make sure that the young people having doubts about their sexuality has to face what she had to face. In this more accepting world, nobody deserves to be treated like Fallon was treated.