Home » Entertainment » Tempestt Bledsoe On Getting Married And Having Husband; Redefine Relationship - Then And Now
Share

Tempestt Bledsoe On Getting Married And Having Husband; Redefine Relationship - Then And Now There is nothing more inspiring than defying the established norms and paving your own path to follow. For American actress, Tempestt Bledsoe, marriage wasn't a means to personal stability and happiness, but only an institution that can be done away and yet at the same time a stable and happy love life be achieved.

Tempest Bledsoe is well-known for her portraying the character of Vanessa Huxtable, the fourth kid of Cliff and Clair Huxtable on the long-running NBC sitcom ‘The Cosby Show (1984–92).’ Apart from acting, Tempestt is also a host of various TV programs and has hosted The Tempestt Bledsoe Show and  Clean House.

Tempest was already a big star in her teens, after dazzling the audiences as Vanessa.

Tempestt Bledsoe's Life And Work; Net Worth To Show For It

Born on 1 August 1973 at Chicago, Tempestt graduated in finances from the New York University.

Tempestt's break into stardom came at an early age, with the role of Vanessa Huxtable in NBC's super hit The Cosby Show, which was rated as the best show on TV for five consecutive seasons. It might be a little extrapolating but The Cosby Show not only provided her with stardom but also a lifelong partner—we'll come to that later.

She has also excelled as a TV host and hosted the program Clean house for a season, which proved to be the season finale of the reality show. And she has also participated in various reality shows including VH1's celebrity fit club and Househusbands of Hollywood.

The variety of roles she has played has not only endeared her to the audiences, but she has also been richer. She boasts a handsome net worth of $13 million, due to her roles in the TV, big screen and advertisement campaigns.

The actress is one of the most vocal personality speaking about maintaining good health. She underwent a weight loss of 19 pounds in the VH1's celebrity fit club and had never regained the flesh. What's more, the vegetarian actress encourages obese people to join a fitness club to help their weight loss regime if their personalized scheme is not working.

Not Married, Why Fix What's Not Broken

The New York resident has been dating actor Darryl M. Bell who appeared in, ‘A Different World,  one of the spinoffs of The Cosby Show (See! we did say it gave her lifelong partner). The lovebirds met each other for the first time in 1989 when Tempestt did a guest appearance on "A Different World." After four years of friendship, they started dating in 1993. 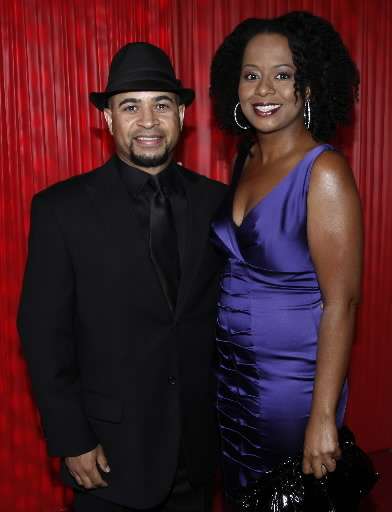 The loving couple acted together in the Fox Reality Channel series ‘Househusbands of Hollywood’, which was released in August 2009. Despite Darryl not being a husband to Tempestt and the couple not getting married, they appeared in the show citing their long-term association.

In 2011, Tempestt explained that the couple was not thinking of getting being pronounced husband and wife, but she did say that the possibility (and the possibility of kids) could not be discounted.  She further added an old English proverb 'Why fix when it ain't broke' to strengthen her point.

Even if she might not have delivered it intentionally, Tempestt's attitude towards marriage is one of the mightiest punch to the norms-driven society which treasures marriage as some sacred institution without which the humanity would have fallen into chaos. Well, Tempestt and her partner have proven that that's not the case.