Home » Entertainment » Siri Pinter With Gigantic Net Worth & Family With Husband At Age 37; What More To Ask For
Share

Siri Pinter With Gigantic Net Worth & Family With Husband At Age 37; What More To Ask For 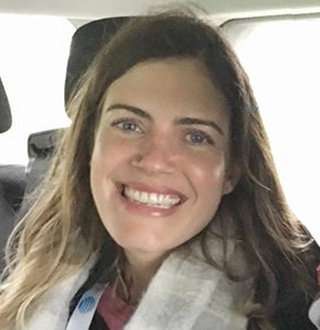 Almost half of the marriages these days end up in divorce, but American producer and food enthusiast Siri Daly (nee Pinter) has enjoyed over 11 years of togetherness with her husband and is still going strong. What is it that makes Siri's relationship steady and strong?

The Los Angeles native has dedicated her career working as a production team for numerous movies such as Committed, and The Rebel Billionaire: Branson's Quest for the Best. She is a passionate foodie who released her cookbook Seriously Delicious: 100 Nutritious (and Not So Nutritious) Simple Recipes for the Real Home Cook in April 2018.

In her own blog, Siri proclaims herself as a self-taught cook, recipe developer, avid foodie, and eater.

According to the wiki sources, the multifaced lady was born as Siri Deboer Pinter on 4 February 1984 to Mark Pinter and Gretchen DeBoer. Her father, Mark is a prominent actor best known for his numerous roles in daytime soap operas.

Siri grew up in Long Island, New York with her younger brother, who later killed himself. Siri was devastated by the news, so much that she didn't even talk about it for a while. However, recently, in Mental Health Day 2018, opened up about her feeling on suicide and why it is a serious concern for the world.

At the age of 22, she started her filmmaking career as a production assistant in a sitcom, Frasier, which was broadcasted on NBC network from 1993 to 2004. She later worked as a miscellaneous crew member for another 2005 sitcom, Committed.

As an avid foodie, Siri also worked as a regular food contributor for NBC's news and talk morning television show, The Today Show. Besides, she starred as a guest, being a lifestyle expert on the syndicated daily talk and lifestyle program, The Rachael Ray Show.

Siri met her future husband, Carson Daly, for the first time while she was working as a writer’s assistant on his show, Last Call with Carson Daly. They have been in a loving relationship since 2007.

Siri and her husband went on to exchange their wedding vows in a private ceremony on 23 December 2015. But way before the world saw the engagement ring on Siri's fingers, Siri and Carson had already welcomed three children into their family.

Their son, Jackson James was born on 15 March 2009 and their daughter, Etta Jones was born on 6 September 2012. She later gave birth to a younger daughter named London Rose on 20 August 2014. Siri and Carson Daly: Siri and her husband during the Emmy Awards 2018; the couple has been together for 11 years (photo: zimbio.com)

Carson is probably the most attentive husband and father. Affected by the death of his own father when he was only 5 years of age, he knew what it felt like to be without a father, to miss him. So, he remains close to his family, spending every free time he gets with his wife and children.

Secret To Siri's Long Lasting Marriage Is Not Her Net Worth

Although possessing the boisterous net worth of $ 25 million, it is not the abundance of net worth that is gluing the Daly family together.

More than the riches, it is the dutifulness and loyalty of Siri and Carson towards each other and their children that is holding the family together and has given them strength to deal with the adversity.