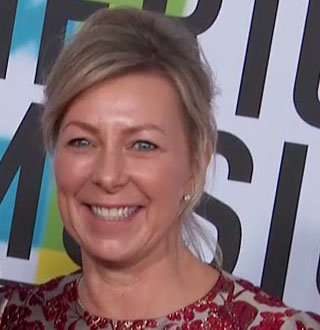 Linda O'Leary works in the position of Vice President of Marketing of ‘O'Leary Fine Wines,’ founded by her husband, Kevin O'Leary who is a popular Canadian businessman and television personality. She also serves as one of the boards of directors of the ‘National Ballet of Canada.’

She has also appeared in a video featuring some of the most famous artists of ‘Esprit de Corps.’ As in now, she lives in her Rosedale residence in Canada along with her husband.

People You May Know: Terrell Brown With Partner At Age 29? Wedding And Wife En Route?

Linda O'Leary chooses to stay low key in her real life as she does not like to reveal much about herself in public. Moreover, any information regarding her age and her family is yet to be known.

As Linda’s husband Kevin is a television personality, her love life cannot be hidden even if she wants to protect it.

Talking about her love life, Linda met her soulmate, Kevin when she was a university student. The couple got married on 17th March 1990.

Instead of having a big, fat wedding, the couple turned their wedding ceremony into a pizza and beer party accompanied by their family and friends. And the money that they had saved for their wedding was later invested in Kevin's business.

But in the year 2011, the understanding between them started to drift a little bit after Kevin’s television career had wreaked havoc on their marriage. And that slowly turned into a decision to end his marriage with Linda. Moreover, the split turned into an ugly fight for assets.

However, after living separately for two years, they changed their mind and decided to give their marriage another shot. Since then, they have been living together and have not turned back to their dark days.

As in now, the couple is blessed with two children, named Savannah and Trevor. After becoming a mother, Linda chose to devote most of her time raising her children, and Kevin credits her for raising their children without seeking much help from him. Well, being together for twenty eight years is not that easy and to lighten up the faded relationship once again is not everyone's cup of tea. Hats off to the couple!

Also Read: Erica Hill Is Parents With Husband At Age 41! Ethnicity, Salary And Other Facts

Linda is the Vice President of Marketing of ‘O'Leary Fine Wines,’ founded by her husband. Besides this, much details about her work experiences has not been out in the public. So this means her net worth also remains undisclosed.  However, by calculating her husband, Kevin’s net worth, which is $400 million, it is for sure that she has a luxurious life.