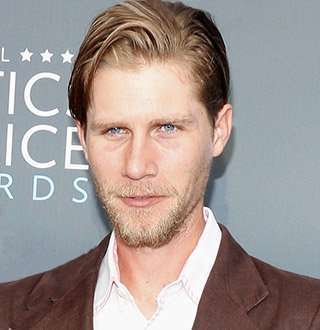 Karl Cook, a son of billionaire father came to the spotlight after dating The Big Bang Theory star Kaley Cuoco, with whom he recently tied the wedding knot.

The California native is a horseback rider by his job and is ranked 10th in the Jumping World Cup Standings according to the Federation Equestre Internationale (FEC). He scored two wins in Las Vegas, in the $25,000 SmartPak Grand Prix and the $15,000 UltrOz Jumper in 2016.

Following are the wiki facts of Karl that includes his bio, father, wedding with Kaley Cuoco, and job and net worth.

Karl was born on the 25th of December 1990 to parents, Scott D. Cook, and Signe Ostby. His father Scott is an American entrepreneur, who is the co-founder and chairman of a business and financial software company, Intuit.

Also serving as a director of an e-commerce company eBay and multinational corporation, Procter & Gamble, Karl's father has a net worth of $3.6 billion.

You May Like: Marty Meierotto Wiki: Age, Net Worth, Family Details On 'Mountain Men' Star

Similarly, his mother Signe is the co-founder of the Center for Brand and Product Management at the University of Wisconsin-Madison. She is also the owner of Pomponio Ranch Stallions, a horse breeding ranch in California.

Karl, who stands at the towering height of 6 feet 1 inch (1.86 meters) grew up with two siblings, a brother named David Bryn Cook and a sister Annie Laurie Cook.

Karl recently tied the wedding knot with longtime girlfriend actress Kaley Cuoco on the 30th of June 2018. The couple who are both bigtime horse lovers exchanged vows at a ceremony held in horse stable near San Diego. Dogs as special guests: Karl Cook and his wife Kaley Cuoco poses with their dog on their wedding day in June 2018. (Photo: Karl Cook's Instagram)

Since then, they have been sharing pictures on their social sites, recalling their special day. Marking two months of their marriage, Karl recently uploaded a throwback picture of their wedding in early September with a caption, "Life is flying, enjoy every second" on his Instagram.

Despite the age differences of five (Kaley is elder than Karl), they have been relishing their romantic moments at present.

This was the second wedding of Kaley Cuoco as she was previously married to professional tennis player Ryan Sweeting from 2013 to 2016.

Karl started dating Kaley Cuoco in early March 2016 after their first meet during a horse show as both are the horse lovers. They made their first public appearance, attending the red carpet for the Longines Masters Los Angeles Gala in September that year.

They made the commitment towards each other after being engaged in 30th November 2017, the 32nd birthday of Kaley Cuoco. Karl proposed her with a stunning tear-drop diamond to a romantic candle-light dinner.

4. Karl Cook's Job And Net Worth

Karl has been riding the horse since the early age of eight. He won team gold medals at the FEI North American Junior and Youth Rider Championships. As an individual rider, he won a gold medal in 2007.

In 2012, he and his horse named ASB Conquistador won the ShowBiz Magazine/iJump Sports Welcome Stake, beating out the 49 other riders. He was ranked first in both the $25,500 SmartPak Grand Prix and the $15,000 UltrOz in 2016.

When it comes to earning, Karl derives the average salary of about $22,827 per year from his job as an equestrian. According to the wiki sources, his net worth is around $350,000.

Talking about his wife, Kaley who is known for her role as Bridget Hennessy on the ABC sitcom 8 Simple Rules, has a net worth of $45 million.