Home » Entertainment » Jon Cozart - Guy With Girlfriend Hints On Gay Side! 'After Ever After' Singer's Detail
Share

Jon Cozart - Guy With Girlfriend Hints On Gay Side! 'After Ever After' Singer's Detail 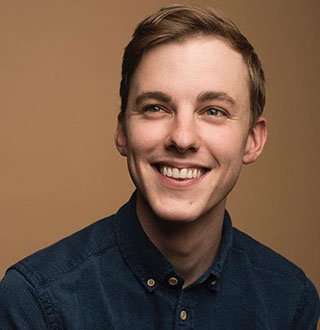 Jon Cozart represents many of his viewers - he's a nerd, an introvert and a sufferer of social anxiety, which is why he is well adored by his fans who can relate to his experience. He had to express his feelings through humor until he met an American actress.

Arkansas-native, better known as Paint, is an American YouTube personality, a musician, and a comedian. He rose to stardom when he uploaded a video entitled, Harry Potters in 99 Seconds, in 2011, which went instantly viral. The video has over 42 million views as of 2018.

Jon’s career in videography started in middle school as a way to avoid writing papers as he offered to make videos instead. He continued honing his skills through high school.

His brother was impressed by his dedication towards his passion. Therefore, he decided to create a YouTube channel with a domain name, Paint and gifted it to Jon.

Jon Cozart's YouTube Career: Harry Potter in 99 Seconds, After Ever After

He usually portrays a witty, nerdy and amusing character in his videos.

His viral video, Harry Potter in 99 Seconds, showcased his talents and established him as one of the best YouTube content creators. Jon broadened his horizon on YouTube with his Disney parody videos.

Born on 26 April 1992, Jon Cozart and his family moved to Houston, Texas, at the age of six. He had three siblings; two brothers and one sister. They share a close relationship with each other. His sister was married on 15 February 2015.

Jon was an introvert, and his means of opening up was humor. Most of his jokes are a reference to how he feels. His one-liner response to those girls who claim to have a boyfriend is one of the best - he says, "I can share."

Aside from that, Jon also has a healthy banter with his father on Twitter, and his father is the subject of many of his jokes.

In March 2017 he tweeted that his very patriotic father used to say that if it hadn’t been for America, the world would have been speaking German. He, however, added that his patriotic father was now learning Russian about Russian interferences during Donald Trump's election as President.

As a child, he had the knack for music and learned how to play the piano.

After graduating from Cypress Creek High School, he moved to Austin, Texas, where he studied film at the University of Texas.

Jon's Gay Humor To Open Up About His Sufferings?

Owing to his chic personality and his videos mocking Disney princess, Jon’s fans started to speculate him as a gay linking him with other men.

One of those men was a fellow YouTuber, Thomas Sanders. They had starred together in a video in 2016 where they talked about being shipped to each other and made a game of it to see whether they were compatible or not.

The video revealed exciting details about Jon; for one he suffered from social anxiety and for other, because of it, he didn't find anyone likable.

The year 2017, Jon continued his segment of gay jokes about himself. He showed his support to the LGBT in a hilarious way, stating how Facebook added the gay-pride and how he could ‘passive aggressively’ remind his parents that their grandkids would be adopted. All of those tweets cryptically hinted at being gay.

Because of his gay jokes, fans have been gossiping about his sexuality. The only fact the fans know is that he has said more than twice that he doesn't like anyone. To translate that, he prefers and is happy being single.

Sometimes laughter is the only way one can cry for help, after failing to get support in spite of asking for it. Being a victim of social anxiety, Jon always used his humor to open up about his insecurity; like meeting a girl, holding hands and falling in love and more.

So when he met the beautiful American actress named Shannon Barry, it was all the more reason for his anxieties to act up; however, love happened instead. Falling in Love: Jon Cozart had a taste of companionship with girlfriend Shannon Barry and loved it, on 19 October 2014 (Photo: Jon Cozart's Instagram)

Jon started dating Shannon in February 2014. He fought his demons to be with her and spent several months in a relationship with her.

On her birthday on 19 October 2014, the couple were together and celebrated her big day with fun and banter. For once, he didn’t hide behind his humor to convey his emotions about her as he wished her a happy birthday.

You May Like: Alissa Violet Shows New Side To Dating; YouTuber Boyfriend, "Favorite Couple"

Unfortunately, after about a year of their relationship, the boyfriend-girlfriend duo split in 2015. Jon was happy in his relationship and got the chance to live as a different version of himself with his former girlfriend. He was grateful for his relationship with her although he claimed that he was comfortable and happy being single.

#Paint #Harry Potters in 99 Seconds #After Ever After #Donald Trump