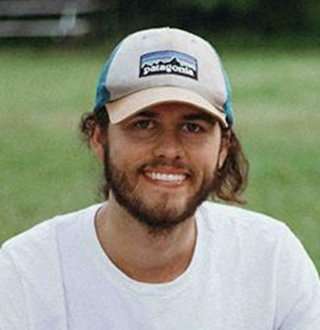 TV personality, John Luke Robertson was blessed with an unbreakable relationship with his beautiful wife of three years now, that led to more expectations from fans.

John Luke Robertson is known for appearing in American reality television series on A&E and Duck Dynasty. He’s also an author who has published four books to date.

Here are some captivating wikis on John Robertson’s age, net worth, job, and his young married life.

On 11 October 1995, John Luke Robertson was born to parents, Willie Robertson and Korie Robertson in West Monroe, LA alongside his siblings, Sadie, Will, and Bella.

He attended the Ouachita Christian High School in Monroe, Louisiana. Being the member of the track team and tennis team, he was a very active student during his school days. Also, during high school, John worked at a Christian youth camp and led his church youth group.

Eventually, John started to kindle his interest in writing. He released his first series book, Be Your Own Duck Commander in 2014. After the hit of the first book, John was inspired to write more and published Young and Beardless in 2016.

According to sources, John Luke Robertson has got an estimated net worth of $400 Thousand, which is massive for a mere college student just 20 years of age.

He collected his wealth mostly from his appearance on the reality series, Duck Dynasty that features his entire family.

Not just that, his net worth has been supplemented by his authoring career as his books have sold a huge amount of copies mainly his first book, Be Your Own Duck Commander, which was a best seller.

After John presented the ‘marry me’ ring to his high school love, Mary Kate Robertson in October 2014, the pair finally exchanged vows in an intimate wedding ceremony in June 2015. The pair first met in 2010 at a Christian summer camp started dating since March 2013.

John took the pleasure of sharing his wedding picture with his wife on Instagram some days after the wedding. Happily Ever After: John posts a picture with his wife, Mary during their wedding on Instagram on 1 July 2015 (Photo: John Robertson’s Instagram)

The couple hasn’t shown any flicker in their relationship and is just in love as they were during their first dates.

In fact, Mary has gushed a lot about John being her best friend and a great husband in her blog. Despite the fact that the two are only college students attending Liberty University in Virginia, the pair is absolutely adorable and has been maintaining both their married life and studies.

4. John's Book Young & Beardless Was Inspired By His Wife

John's wife, Mary has become a great influence in his life as an individual. His book, Young & Beardless was even based on the pair's relationship from when they got engaged to the point where they got married.

In a talk about his wife's contribution in the book with ABC, John said,

She really had a lot of influence on what I talked about and she put a lot in there for the younger female audience. I'm glad her influence got to be included.

The book took a year to be written and released. Mary also admitted that putting her life out in the open wasn't that easy for her as she didn't grow up with cameras around like John did.

While talking about the book, Mary revealed the key to their happiness in the relationship to be able to laugh at each other.

It’s already been three years since the pair married, and fans have been dying to know if they’re announcing another addition to the family any time soon. But unfortunately, the couple isn’t intended to have a baby before finishing college.

In a talk with about having babies with ABC News, John's wife Mary confessed,

I love kids so much and am excited for babies, but we definitely want to wait till we finish school.

Mary further added that they got a dog because they weren’t ready for a baby yet.

Well, there you have it, the couple seems pretty patient with an upgrade in their relationship. So, if they announce anything regarding babies, it will only surface after they’re done with their studies and are settled down with suitable jobs.