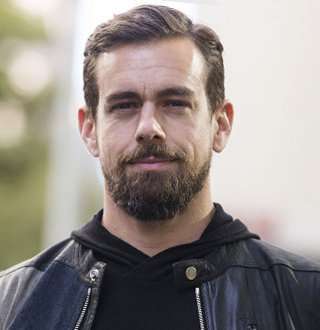 American computer programmer and internet entrepreneur Jack Dorsey regarded Twitter and Square as his main relationships. Nevertheless, he has been linked with several names for his dating affairs.

The Missouri native serves as the CEO and co-founder of the popular social networking site Twitter. Jack is also a founder and CEO of a mobile payments company Square that markets various software and hardware payments products. American business magazine, Forbes considered him as the world's most eligible bachelor in 2013.

Power Of Authorities: Jack Dorsey sits down with NBC News’ Lester Holt for an exclusive interview as he discusses the decision to give Alex Jones a ‘timeout,’ criticism of Twitter’s policies and its ongoing battle against bots.​​​​​​ (Published on 16 August 2018)

The idea for a short message communication service that helps to update his friends about his status in real-time got emerged when he was working for the company. After the failure of the company, he did freelancing and even went to massage therapy courses.

He was born on 19 November 1976 to father, Tim, and mother, Marcia Dorsey. He first attended the Missouri University of Science and Technology and later transferred to the New York University, but he dropped out after two years in1999.

He started his career as a programmer in a company to dispatch taxis, couriers and emergency services with dispatch software created by him.

Envisioning the idea of short message communication service, he approached a directory and search destination website, Odeo and attracted its co-founder, Evan Williams for his vision.

Finally, in October 2006, Jack along with Evan and other members of Odeo formed Obvious Corporation which was later named Twitter. John also founded a mobile payments company, Square, which was released in 2010.

For his contribution to social media, John was included as one of the top 35 innovators in the world under the age of 35 in the MIT Technology Review TR35 in 2008.

Similarly, he was awarded as the Innovator of the Year Award for technology by The Wall Street Journal in 2012. He has amassed the astonishing net worth of $4.4 billion in 2018.

Square And Twitter’s Stock Prices Rose After Getting Nose Ring

In June 2018, Jack got new jewelry for his nose. He even shared the picture of the new ring on his nose through Twitter on 8th June.

It looks like Wall Street appears to be a fan of his new face jewelry. Both Square and Twitter’s stock prices increased by 1.9% and 3.4% respectively, at the time. But, Jack denied the fact and stated that it was just a coincidence. What a coincidence: Jack gets overwhelmed by the Twitter’s stock prices after getting a nose ring in June 2018 (Photo: Jack Dorsey's Twitter)

At the end of June, Jack revealed the new productivity tools for Twitter users from iPhone, i.e., iOS Notes app. The app, which is used to store stuff, draft, rewind, record, and doodle is free on all Apple products.

With the passage of time, Jack has been working to launch new features on Twitter for the betterment of its users.

It was way before Jack Dorsey had a public spar with Salesforce CEO Marc Benioff over the homeless tax measure, his company Square was already embroiled in another tax dispute in San Francisco.

He had publicly discussed his opposition to Proposition C and its impacts on his online payment company, Square. The thing that people knew less was that the company was already trying to pay few taxes in San Francisco, that was shown in Square's filings with the US Securities and Exchange Commission.

The filings showed that Treasurer and Tax Collector José Cisneros had audited Square's tax payments for 2014 and 2015 determining the company had failed to pay the full amount owed to him.

Apparently, the company paid the liability in the first quarter of 2018 as assessed by the Tax Collector but the filing didn't specify the dollar amount. But Square is determined on defending its position as a merit indicating it might sue The City of José.

But this isn't the first time that Jack has challenged San Francisco's business taxes as in 2011 he was involved in threatening to relocate to Brisbane.

Diving on his personal life, Jack was rumored as a gay when he supported the transgender community against the decision made by American President, Donald Trump to block transgender people from serving in the military in November 2016.

But his multiple dating relationships proves such rumors to be inaccurate.

Jack was in a serious relationship with the San Francisco Ballet principal dancer Sofiane Sylve in 2011. However, their relationship did not seem to be serious as they broke up within a year.

Later, in 2012, he started dating British model and actress Lily Cole. They were also spotted publicly in his luxury yacht near the Caribbean island of St. Barts in late December 2013. However, their relationship did not work as they have not been spotted together since then.

But for now, he is continuously connected with his on and off girlfriend Kate Greer after all the stumbles in his relationships.

You May Like: Jamie Erdahl & Husband's Amazing Story: From Dating & Boyfriend To Getting Married

Jack Dorsey's On And Off Relationship With Girlfriend Kate Greer

Jack is frequently linked with the American artist Kate Greer in his dating diary.

The couple was first seen together at the red carpet events in New York City back in 2010. However, they were not seen together for some years as Jack was linked with several women during that time.

The couple again got back together in 2013 as Kate posted videos of them together on vacation in Japan after his split with Lily. Moreover, they were seen together in the 2014 gala events in New York City.

Cuddled Up: Jack and Kate attend the TIME 100 Gala, TIME's 100 most influential people in the world, in New York in April 2014 (Photo: Zimbio.com)

And since then the pair has kept a low profile and has not even confirmed their relationship to date. Until the day Jack opens up about his relationship, he is an unmarried man and has no wife to date.