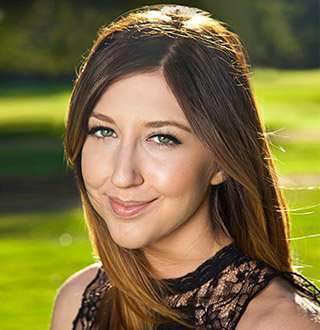 Despite keeping her personal life under the wraps, Heidi Lynn Gardner sent the Twitterati into a frenzy after posting about her possible boyfriend.

Heidi Lynn Gardner, an American actress, comedian and voice actress works as a cast member on Saturday Night Live. Along with that, she is also the voice of the anthropomorphic cat Cooch on the Crackle series SuperMansion, which was broadcasted under a secondary license by U.S. cable network Adult Swim. Heidi took her first step in the field of acting by taking classes at The Groundlings theatre in Los Angeles.

In the year 2014, she joined the Sunday Company. Following year, she was promoted to the Main Company. She tried in the field of voice acting during that time and started appearing on animated series like Bratz, SuperMansion and Mike Tyson Mysteries.

She was hired along with other two up and coming comedians: Chris Reed and Luke Null. However - just days ahead before the airing of Forty-fifth season of Saturday Night Live - in August of 2018, it was revealed that the latter didn't make the cut for the season.

Apart from that, she played the role of a Weekend Update correspondents Bailey Gismert, a teenage YouTube film critic.

Born on 27 July 1983, Heidi is initially from  Kansas City, Missouri. She lived in Los Angeles for a decade before settling in New York City. She is the sister of Justin Gardner

Heidi is shy when it comes to revealing information about her family life. Although secretive about her personal life, she shares a close bond with her mother, Erny Huelke.

She often flaunts pictures with her mother on Instagram as well. On 24 December 2017, Heidi snapped a photo with Erny where both of them seem very jolly and enjoying their time with each other.

The SNL star recieved her high school diploma from Notre Dame de Sion in 2001. She was also voted by her peers as the "Most Likely To Become A Member of Saturday Night Live."

Heidi's brother, Justin Gardner is a video producer based in Kansas City. Growing up, they would showcase their sketches in various talent shows.

The first appearance of Angel was such a home run

Despite being a part of a profession that demands her to be in the spotlight all the time, Heidi has maintained quite a private love life. She has remained silent about her relationship status in front of the media and given rare insights into her life.

Justin Gardner’s sister, Heidi Gardner till this date has kept her lips sealed and had not been involved in any relationship controversies. It is still unclear whether she is dating or is even secretly married to someone.

Who Is Heidi Gardner Dating? Is Possible Husband On Sight?

Rumors started surfacing in the media after she posted a suspicious tweet about her possible boyfriend on 26 September 2017.

In the tweet, she mentioned boyfriend related talks which made the fans suspect that she was trying to hint about her current relationship status. If I Were Your Boyfriend:- Actress Heidi Gardner mentions boyfriend in Twitter on 26 September 2017 (Photo: Heidi's Twitter)

Whatever may be the reason, Heidi has not made any public statements regarding the subject after the tweet and chooses to remain silent for now.

With a prospering career, she seems to be focused on establishing her stranglehold on the silver screen rather than discussing her potential husband in front of the media.