Gina Tognoni, Age 45 Over Angelic Husband! Family Insight On 'The Young and the Restless' Star 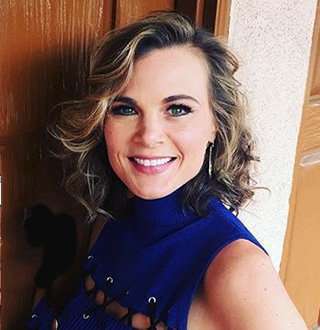 American actress Gina Tognoni met her future husband through one of her co-stars. The meeting was the start of a romantic relationship and having recently celebrated a landmark with her husband; she was a part of the Internet hoax regarding her family member.

The pageant queen-turned-actress is best-known for portraying the character of Kelly Cramer on a soap opera, One Life to Live.

The two-time Emmy winning actress currently appears in a television soap opera, The Young and the Restless, portraying the character of Phyllis Summers.

Gina's birth took place in St. Louis, Missouri, the United States on 28 November 1973 to parents, Sharon, and Edward Anthony Tognoni. She also has a sister in her family named Maggie.

Must See: Joanna Stern, Age, 23, Wiki: Married And Has Son - Not With Husband

The actress aged 44, shares a close bond towards family, which is evinced by her posts on social sites. She wished Fathers day on June 2017 through an Instagram post after uploading a picture with her father. She wrote an ode to her father stating that he was not only a fantastic dad but an incredible guy.

Moreover, she also shares an incredible bond with her sister, who is a constant feature of her Instagram. She attended Emerson College, but she later left the college to focus on her acting career.

You May Also Like: Tempestt Bledsoe On Getting Married And Having Husband; Redefine Relationship - Then And Now

The popularity earned from winning the pageant contributed her to get the acting break in a soap opera in 1995.

Gina has had a successful career in television soap operas which have been rewarding in every sense, whether that be on a personal front or financial pays. She has accumulated an impressive net worth of $9 million from her time in the industry.

She made her acting debut in the ABC's soap opera, One Life to Live in 1995. She appeared as a series regular in a role of Kelly Cramer up until 2001 when she made a shocking announcement to leave the show after working for six long years.  She soon made her comeback on TV with the 2004 CBS's production 'Guiding Light'.

For her alluring performance in the series,  she was nominated for Soap Opera Digest Award's outstanding actress three times from 1996 to 1998.

Her character of Dinah Marler in the CBS's 2004 soap opera won the heart of audiences, and she won the Daytime Emmy Award for the outstanding supporting actress for two times in 2006 and 2008, making history on the process as she became only the second actress to win the prestigious award twice in the Supporting Actress category. She later went on to join her role as 'Kelly Cramer' in the popular TV series 'One Life to Live' after CBS canceled 'Guiding Light'.

She has appeared in another CBS's soap opera, The Young and the Restless since 2014 and has already collected her third Emmy Award in 2017 for the outstanding main role in the series.

Audiences are in love with her Y&R character 'Phyllis' with the show already winning nine Emmy Awards in different categories and also becoming the highest rated drama series in the history of CBS production.

The couple fell in love at first sight after they were introduced by Gina's co-star in Guiding Light, Beth Ehlers. They got engaged on 21 November 2007. After less than two years of the engagement, they tied the knots on 16 May 2009. Gina On Her Wedding Day: Gina poses with her husband, Joseph at their wedding in May 2009. (Photo: Pinterest)

Gina recently celebrated her 9th marriage anniversary with her husband on 16 May 2018. Marking the special occasion, she shared a wedding picture with her husband stating that another year of their story had passed but she felt like that were just getting started.

Moreover, she wished her husband a pleased birthday via Instagram in July 2018 and showered her love to him saying he was her heart which made her world always go in the right direction. So it seems the couple shares a special bond with each other as they keep publicly admiring and supporting each other. Despite nine long years of marriage, the couple doesn't have a child yet.

Fans Assume She Has A Daughter

Gina is yet to welcome a new member in their family, but she was splashed across in the news in 2016 when her facebook fan page published a photo of her with a kid claiming the kid as her real-life daughter.

But the Young and Restless star did not respond to rumors at that time. However, about two years after the incident, she shared a picture with the same kid on Instagram and labeled her as her goddaughter Kinzie.