Gianna Toboni Wiki: From Age To Personal Life Details - Married Or Not? 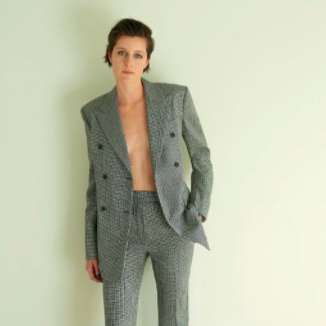 Emmy-nominated producer Gianna Toboni has a blissful relationship with her partner and the two are beautifully weaving their relationship stronger.

Here are a few quick wiki facts regarding her age, family, net worth, wedding and spouse:

Gianna grew up in the Richmond district of San Fransisco. As a very private person regarding her upbringing, there is not much information regarding her parents and siblings. However, it has come to the limelight that her family inspired her to choose journalism as her career.

Gianna, age 30, graduated from the New York University with a degree in journalism. As a junior journalist, she landed stints at major news media houses like Al Jazeera and ABC news.

Her involvement in media coverage and journalism first started during her college days when Gianna worked as an intern. Later, she landed as a booker, field producer and a digital correspondent for ABC News. After quitting her job at the ABC, Gianna started raising money to fund her ambitious long-form documentary based in Haiti which caught the attention of VICE.

The documentary exposed the sexual abuse of women and children by the United Nations personnel known as Peacekeepers Turned Perpetrators. The story progressed and crafted a pathway for Gianna to the Vice as the video was aired in the show. She also became the full-time worker of the Vice and a good friends with co-worker Isobel Yeung. Since the time, the pair has covered numerous stories from over 20 countries. Gianna has interviewed ISIS fighters, Egyptian Tomb Raiders and even reported from the front lines in Iraq while documenting stories of people belonging to a variety of genre.

In an interview with thewindow.com, Gianna shared that she is a tag-along figure inspiring and motivating the youths of today to make full use of free press by saying:

I’m interested in exploring those issues and figuring out why they are so pervasive in our culture in 2017...Ideally, what we need is citizens in all of the countries, including ours, to understand the value of a free press and stand up and demand it.

Except for the exact figures of her net worth, Gianna's professional life remains entirely open. She had even won an award at GLAAD Award Show for Outstanding TV Journalism in 2013. She was also invited for a TEDx Talk in 2014.

With aspiring stories from all over the world, Gianna accumulated a huge success and attention. And her fame and success are equally garnished by her blissful relationship with a long-time partner.

Gianna, age 30, has been in a long-term relationship with a partner named Kyle Buckley. Although it is not sure since when the couple started dating and how their love flourished, the social media of the pair reflects that they are together since 2012.

Gianna first Instagrammed a picture of her boyfriend with his large dog Baloo back on 24 August 2012. Since the date, Gianna timely updated her account with the pictures taken with Kyle and his hound, cautiously not mentioning much of their relationship. Kyle too uploaded pictures on the Instagram page of Baloo time and again, and hinted that their relationship is smooth as butter. On 2 July 2017, Gianna posted an adorable picture of her partner playing with a kid and via the caption wrote, "Happy Canada Day to my Canadian family."

Later, Gianna moved from New York to California in August 2017 and shared the migration news with her Instagram followers via a post. After a month of coming to California, Gianna took her relationship with Kyle to a whole new level.

Keeping their love life under the shade, the pair upgraded their relationship status by tying the wedding knots. The lovebirds exchanged vows and got married in Sonoma, California on 2 September 2017.

However, the duo kept the details of their intimate wedding concealed. They also didn't post any pictures of their wedding on their social media accounts. Nevertheless, Gianna on 20 October 2017, revealed that she was opening the gifts of her shower, engagement, and wedding from her Aunt Cath.

As of now, Gianna has kept her marriage highly low-key as she doesn't share much about her spouse on the social media. It's understandable that she is quite busy with her career and prefers giving a low profile look in her relationship with her husband.

The couple who got married in 2017, has not yet revealed that they are having a child or have any intentions to.

As of 2018, it seems like Gianna is busy with her career and has a lot of ambition to bring news to the doorsteps of everyone with the running season of the season 6 of HBO TV Series, VICE.