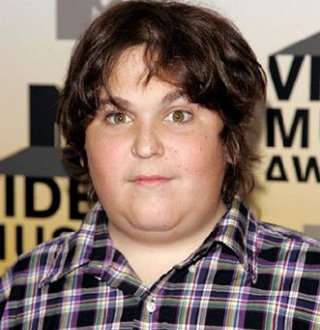 American comedian, Andy Milonakis, has been suffering from a genetic disease since his birth, which troubled him during his early age, but now, well into his forties, the said-disease is turning out to be a blessing in disguise.

The New York native is a famous comedian in the United States, mostly because of his show in MTV, The Andy Milonakis Show, and his YouTube channel where he showcases his own quirky form of humor.

Andy In Japan: Andy Milonakis streams to his YouTube channel from his time in Japan and the quirks he pulled there (Published on 16 June 2018)

Andy is a little short standing at the height of only 5 feet 6 inches.

Born with growth hormone deficiency, on 30 January 1976, in Katonah, New York Andy looked and sounded like an adolescent boy even when he was in his adult age. That added to the fact that he was fat and quite reserved, made him the recipient of bullying in his high school, John Jay High School in Cross River, New York.

It didn’t help that he was the only child and there was no sibling to stand up for him.

Andy did find, however, something to cope with the bullying: humor. In the coarse words and jokes, Andy found his escape.

What started as a defense mechanism for the humiliations slowly became his dream and Andy started to pursue his career in comedy. While working as a tech support guy to meet his ends, he began to make comic videos and sketches and post them online. He also took comedy classes at Upright Citizen’s Brigade Theatre.

One of his comic videos, The Super Bowl Is Gay, became viral on the internet and kick-started Andy’s career. Impressed by the video, the producers of the Jimmy Kimmel Live hired him as a part-time correspondent on the show.

Apart from comedy, Andy is also a rapper and actor. As of now, Andy has released six non-album singles as a lead singer while featuring in many more; he has also acted in movies like Waiting..., Who's Your Caddy?, Weiners, Mac & Devin Go to High School.

As of now, Andy has earned the net worth of over $ 2 million.

Andy Milonakis Hides His Girlfriend/Wife Behind His Weird Humor

In contrast to his exposed success in his career and his brazen comedy, his personal life is quite mysterious.

Andy is very tricky about revealing information regarding his girlfriend(s). Most of the time when he mentions his girlfriend or a wife in his social media, it is followed by a lot of cuss words and a tone that cannot be taken seriously, making it very difficult to deduce what is happening with his dating (or married) life.

While it might have been a curse during his childhood, his condition has turned out to be a boon since; it gave him a passion for pursuing. At the age of 42, Andy still looks young like a teenage boy, which definitely attracts a lot of women, we just don't know about them.