Tiffany Pollard Boyfriend & Dating: Is This Man Her Husband To-Be? 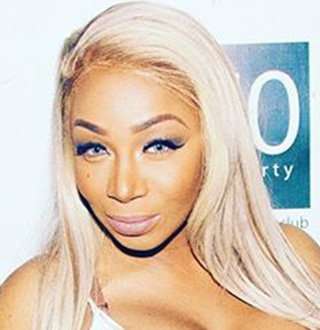 Tiffany Pollard is a reality television personality and actress who first achieved public recognition for her participation in VH1's Flavor of Love and I Love New York. Back in 2016, she participated in the British television series, Celebrity Big Brother and was able to finish it at the fourth place. Moreover, some of the famous reality TV series that she had worked with are The Next:15, Family Therapy With Dr.Jenn, Famously Single, to name some.

She did a commercial for the famous singer Rihana’s make-up line, Fenty Beauty. She has been in the entertainment industry for more than two decades.

People You May Know: Who Is Nancy Cordes Married To? Husband Unveiled Of The Gorgeous Journalist!

Tiffany Pollard was born on January 6, 1982, in Utica, New York, the USA to Michelle Rothschild-Patterson and Alex Pollard. She was born to parents who were not married to each other. That might be the reason, she uses the surnames of both of her parents now and then.

Talking about her education, the 37 years of age Tiffany, with a height of 5 feet and 6 inches, attended John F. Kennedy Middle School and graduated from Thomas R. Proctor High School.

Tiffany Pollard Had A Child With Her Mysterious Husband

When the New York native Tiffany revealed on the episode of  VH1's Family Therapy that she's pregnant with her first child, the internet exploded and some even though that it was just publicity stunt. Even her mother didn’t believe at the first place that Tiffany is pregnant. Child With Husband? Tiffany Pollard posing as she feds milk to the baby from the bottle. (Picture: Tiffany's Instagram)

The rumors of Tiffany being pregnant got even more excited when she posted a picture of herself holding a baby and feeding milk from the bottle. However, it is still yet to be known if she is pregnant and has a kid.

Is Tiffany Pollard Still Engaged To Her Boyfriend From I Love New York?

Back in the days while appearing in the season one of the show, I Love New York, she became close with the winner of the show  Patrick Hunter (Tango). Soon, they started dating each other, and their love turned into a commitment quickly when they decided to get engaged.

For six months Tiffany and her boyfriend, Hunter were engaged until he called off their engagement on the reunion show.

However, it is not the first time she got engaged to someone. She was also committed to George Weisgerber (Tailor Made), winner of I Love New York 2.

Talking about her love life history, while appearing in the show, Famously Single she was in a relationship with a guy named Josiah. But things did not work out between them as well, and she broke up with him in the show.